Oil giant ExxonMobil, through its subsidiary Esso Exploration and Production Guyana Limited (EEPGL), is presently continuing its drilling for oil in the Banjo-1, a new well in the Stabroek Block offshore Guyana.

The Maritime Administration Department (MARAD) announced in a Notice to Mariners that EEPGL is continuing exploration drilling operations at the Banjo-1 well site “within the Stabroek Block of Guyana’s Exclusive Economic Zone”.

The MODU Noble Stena DrillMax is currently being used in this drilling exercise, which will last from September 12 to November 30, 2022. Mariners were warned to stay clear of the vessels being used for the exercise and navigate with “extreme caution” whenever in the vicinity.

Back in June, it was reported that EEPGL was looking to ramp up production on the Liza Unity Floating Production Storage and Offloading (FPSO) vessel four months after start-up, by starting up new wells.

This is with the aim of the FPSO realising its full capacity of 220,000 barrels per day (bpd) by the third quarter of this year. Production from both the Liza Unity and Destiny have since reached a combined 340,000 barrels in total and weekly lifts are being recorded.

While ExxonMobil makes weekly lifts, Guyana’s crude entitlement of one million barrels occurs monthly from the two FPSOs. The Natural Resources Ministry has said that Guyana is expected to get 12 lifts for the year.

This comes from the over 90 million barrels of oil that are expected for 2022. Additionally, the Natural Resource Fund (NRF), housed at the New York Federal Reserve Bank, reflected a closing balance of US$845 million as of July.

Back in April 2022, for the first time in Guyana’s short oil production history, it had had as many as two oil lifts in one month, with lifts from the Liza Destiny and Liza Unity FPSO vessels crossing paths.

In March, Natural Resources Minister Vickram Bharrat had explained that the country got approximately US$95 million for the previous lift. And with Brent crude prices averaging US$120 per barrel at that time, Guyana would have ended up making over US$100 million for each lift, if both lifts were completed in April. 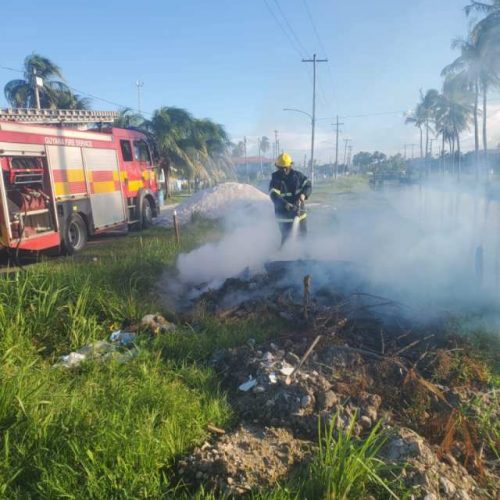 The historically high oil prices (oil prices have not exceeded US$100 on the global market since 2014) are part of the fallout from Russia’s invasion of Ukraine. Brent crude is currently averaging around US$100.

Guyana, with US oil giant ExxonMobil as the operator, began producing oil on December 20, 2019, in the Stabroek Block. The first-ever payment of US$54.9 million for an oil lift was received in February 2020.

ExxonMobil has said it anticipated at least six projects offshore Guyana would be online by 2027, with developmental drilling recently starting on the second one, the Liza Phase 2 project. Production has already started in the second phase, with the Liza Unity FPSO vessel in operation.

The third project – the Payara Development – will meanwhile target an estimated resource base of about 600 million oil-equivalent barrels, and was at one point considered to be the largest single planned investment in the history of Guyana.

Meanwhile, the Yellowtail Development, which will be oil giant ExxonMobil’s fourth development in Guyana’s waters, will be the single largest development so far in terms of barrels per day of oil, with a mammoth 250,000 bpd targeted.