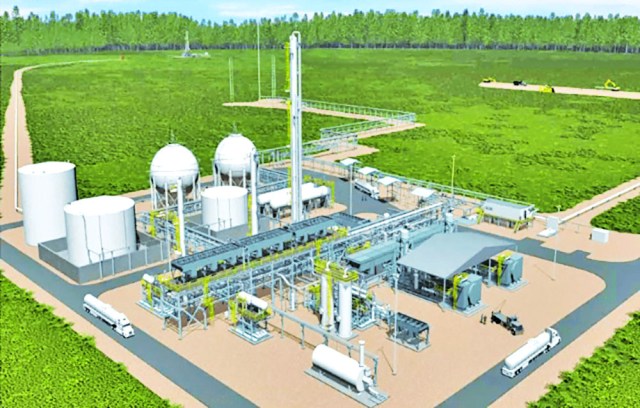 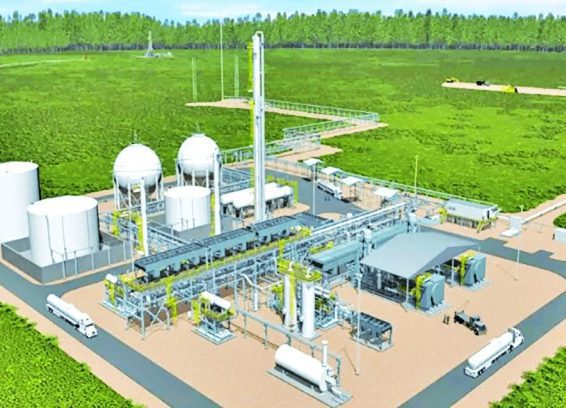 US oil major ExxonMobil, through its local affiliate, Esso Exploration and Production Guyana Limited (EEPGL), has submitted its Environmental Impact Assessment (EIA) report seeking approval for the gas-to-shore project into which it is injecting some US$1.3 billion and wants to see the inclusion of women in the construction of the facility.

The gas-to-shore project includes the construction and operation of a natural gas pipeline from the Exxon-operated Stabroek Block offshore Guyana to an onshore natural gas liquids (NGL) processing plant. A second component of the project will be a power plant that will be constructed by the Guyana Government to use the rich gas produced to generate electricity to feed into the national grid, thus potentially lowering costs and improving power efficiency in the country.

The pipeline will transport approximately 50 million standard cubic feet per day (mscfpd) of dry gas to the NGL plant, which will then drop the pressure of the gas; dehydrate the gas; separate out the natural gas liquids (ie, propane, butane, and pentanes+); and treat the remaining dry gas to the specifications appropriate for use as fuel or raw materials.

The purpose of the EIA, which was submitted to the Environmental Protection Agency (EPA) earlier this week for approval, is to provide the factual and technical basis required by the Agency to make an informed decision on EEPGL’s Application for Environmental Authorisation for the Project.

It was noted that EEPGL conducted a robust public consultation programme to both inform the public about the Project and to understand community and stakeholder concerns so this feedback could be incorporated and addressed in the EIA, which was conducted by Environmental Resources Management (ERM) in association with several other Guyanese consultant firms.

According to the EIA, EEPGL will use proven and good international industry practices and has incorporated many embedded controls into the overall project design to reduce environmental and socioeconomic impacts.

Following the receipt of the EIA earlier this week, the EPA has since given a 60-day timeline for the public to make submissions on the project.

When the EPA grants the Environmental Authorisation to EEPGL and its co-venturers in the Stabroek Block – Hess Guyana Exploration Limited and CNOOC Petroleum Guyana Limited, construction is likely to commence soon after receiving all other approvals. In fact, the oil company is targeting August this year to start the preparation of the NGL plant site. The entire construction process will take some three years hence rich gas is expected to be delivered onshore by the end of 2024, and the NGL plant to be operational by mid-2025.

However, in the EIA, the Exxon subsidiary highlighted the gender disparity with regard to employment in Guyana and particularly in sectors such as the construction sector, which is male-dominated. To this end, the oil company has committed to ensuring that the contractors for both the pipeline and NGL plant recruit and train women for various roles in the project as part of its efforts to improve gender equality in Guyana.

According to the EIA, EEPGL has continually engaged with vulnerable groups, including women in Guyana. In fact, it was noted that during the public consultations on the EIA, special care was given to understand the opinions of women, the elderly, and youth.

“It is very likely that women will not have equal access to project employment opportunities with Guyanese businesses unless they are directly targeted for recruitment. EEPGL will develop contract language for pipeline and NGL plant contractors encouraging recruitment and training of women for various project-related construction roles, as well as advertising the types of goods and services they will procure locally…”

Meanwhile, the EIA further stated that the planned project activities are predicted to have negligible to moderate impacts on physical resources stemming from potential noise and dust impacts on residential properties during the construction stage of the onshore pipeline corridor that will be in close proximity to existing communities or isolated residences.

There will be similar negligible to moderate impacts on biological resources during the construction relating to mortality and injury of marine benthic organisms from the offshore pipeline installation; while negligible to moderate impacts will also be felt on socioeconomic resources. These include potential impacts from infrequent and short-term periods of noise during construction and operations stages. It was noted as well that if the project was unable to avoid removal of the silk cotton tree along the current pipeline route, then there would also be impact on cultural heritage resources.

The EIA also detailed that there would be a number of positive impacts on socioeconomic conditions.

One impact on the environment from the oil and gas operations in Guyana has been the issue of flaring of excess gas – which is limited to offshore. But according to the EIA, there could be incremental flaring at start-up of the project and during pigging of the pipelines, that is, maintenance to ensure smooth flow.

The EIA stated that flaring in normal operations would be minimised since there would be flare systems to safely combust excess gas during start-up, commissioning, emergencies, upset conditions, and depressurisation for maintenance, inspection, and troubleshooting.

“The flare system will be designed to safely accommodate flaring of all emergency pressure-relieving scenarios, including facility blowdown. Flares will be sized for flaring during pigging of the pipeline to handle any excess gas that would not be used by the power plant, but is required to meet the minimum flow for the pigging activity. The size of the pipeline (12-inch [304.8-millimeter] diameter) requires a higher gas flow rate for pigging operations than would be required by a smaller-diameter pipeline. Because of this higher flow rate requirement (greater than 50 mmscfd [1.4 MMsm3/d]), incremental volume flaring is likely to be required during pigging.” 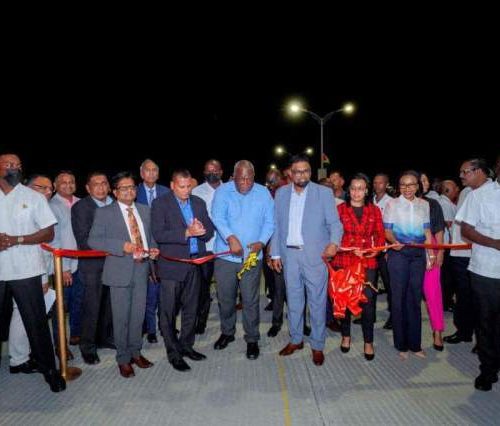 As a result of this, the NGL plant will have a wet flare system for the offshore streams and a cold flare system for the onshore streams.
Moreover, the EIA highlighted other unplanned events, such as a vessel fuel spill or a loss of integrity of project infrastructure resulting in a fire or explosion, are unlikely to occur owing to the extensive preventive measures employed by EEPGL, but were nevertheless considered in the assessment.

It was noted that the types of resources that would potentially be impacted and the extent of the impacts on those resources would depend on the nature and location of an unplanned event, as well as the ambient conditions like wind speed/direction and river flow conditions.

“Based on the limited volume of fuel that would likely be released to the environment in the unlikely event of a marine fuel spill from one of the offshore pipeline installation vessels or a support vessel, and the fact that marine diesel would weather (ie, evaporate, degrade, and partition to the water column) very rapidly once in the ambient environment, the impacts from this type of an event would be expected to be short-term and limited in extent. Socioeconomic resources (eg, to fisheries or shorelines) would only be expected if the spill occurred in the nearshore/shore crossing segments of the offshore pipeline,” the EIA explained.

“In the case of a riverine spill, the same limited spill volume and rapid weathering would reduce the level and extent of potential impact. However, the constrained geography within the Demerara River would lead to a high likelihood of shoreline impact, with the length of shoreline oiled being a function of spill location and ambient river conditions (ie, flow volume and tidal stage) at the time of the spill.

This event, assuming a spill of the nature reflected in the modelled scenario, would, therefore, have a high likelihood of affecting biological and socioeconomic resources in the Demerara River and potentially along the shoreline adjacent to the river.

According to the EIA, the magnitude of impact for either a marine or riverine fuel spill would depend on the volume and duration of the release as well as the time of year at which the release occurred. It was noted that the effective implementation of EEPGL’s Oil Spill Response Plan (OSRP) would reduce the risk to resources primarily by efforts to protect shorelines from oiling.

The gas-to-shore project has been much touted by the People’s Progressive Party/Civic (PPP/C) Government since it is expected to reduce Guyana’s energy sector emissions and also cut electricity costs by more than half. The high cost of power has been hindering investments in Guyana for years.

Back in February, Head of the Gas-to-Shore Taskforce, Winston Brassington disclosed that 21 companies had submitted Expressions of Interest (EOIs) to be pre-qualified for the construction of the natural gas-fired power plant and the NGL plant.

He had stated that those applications were being reviewed after which the Request for Proposals (RFP) would be issued for the selected prequalified bidders to make their submissions.

The funds Exxon will be pumping into the project come from cost oil. While its preliminary investment is pegged at an estimate of US$1.3 billion (G$260 billion), the oil major is yet to make a Final Investment Decision on the project. It is anticipated that this figure will grow.