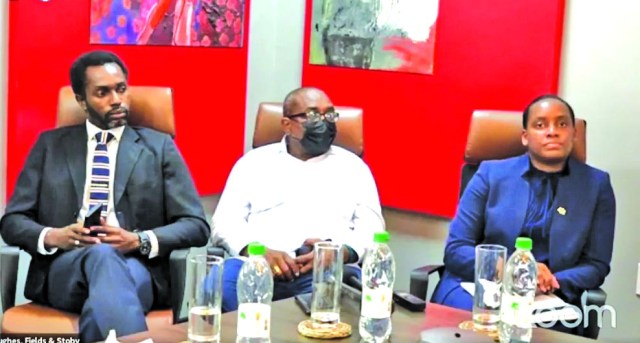 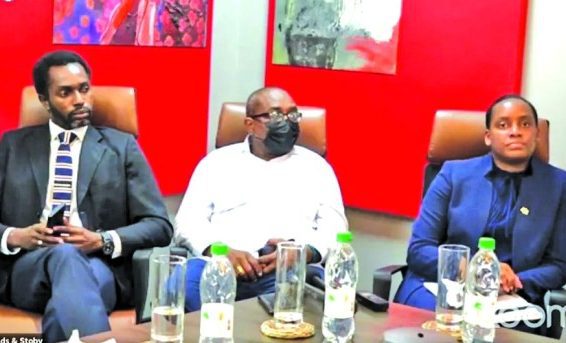 Former Police Sergeant Colin Bailey, who was freed last Wednesday after spending almost six years on remand for the 2013 murder of his 36-year-old reputed wife Surmattie Ramnaress said he will be filing a lawsuit against the State for prosecuting him even though there was no evidence linking him to the crime.

In February 2016, Bailey, 57, was charged with Ramnaress’ murder which occurred between August 30 and 31, 2013, in the county of Demerara. Following a Preliminary Inquiry (PI) in November 2016, a Magistrate, having found that there was sufficient evidence against Bailey and his co-accused Colin Grant, committed them both to stand trial for the capital offence at the High Court in Demerara.

On October 6, State prosecutors presented the murder indictment against Bailey and Grant at the High Court. A jury was empanelled by Justice Jo Ann Barlow to hear the case. However, on October 12, Grant opted to plead guilty to the lesser count of manslaughter. He will be sentenced on November 2.

As such, Justice Barlow proceeded with the trial against Bailey. But on October 13, State prosecutors, after calling several witnesses, conceded that there was no evidence linking the former cop to the crime. Considering this, Bailey’s lawyer, Nigel Hughes, submitted that there was no case for his client to answer.

Accordingly, Justice Barlow directed the 12-member jury to return a formal verdict of not guilty and Bailey was set free. The Judge, in brief remarks, expressed that she was upset with the fact that Bailey was charged and forced to spend several years in jail, even though there was no evidence against him. To this end, she implored prosecutors to thoroughly examine depositions/indictments before presenting cases.

“This must not happen again”

“I must plead to the prosecutorial arm of the State to examine the material. Examine the committal records, examine all other relevant material carefully, and fulfil the constitutional mandate that dictates that no one should be before the courts unless there is some lawful reason for that person to be there.”

Regarding the aforesaid, the Judge said “this is not too much to ask” given that every civilised society must have a system that ensures, for its citizens, that measure of security. In the absence of sufficient evidence, Justice Barlow stressed that Bailey should not have been charged and placed before the court.

Directing her comments at the State prosecutor, the Judge said, “this must not happen again”. The Judge was keen to point out that she was in no way trying to blame the prosecutor who presented the matter before her but rather requested the prosecutor to convey the court’s dissatisfaction to her superiors.

The Judge noted that presiding over Bailey’s matter was “a waste of judicial time” since the former policeman should not have been before the court from the inception. Justice Barlow said given what transpired in this case, she will take on the task of getting familiar with depositions before starting trials.

The High Court Judge made it clear that she will take “drastic measures” if there is no evidence. She went on to reason that a case with no evidence to substantiate a charge “is giving john public false hope.” She added, “This is saying to john public, we have a case, but john public does not know that there was none”.

In the end, Justice Barlow said that prosecutors must be able to stand and present cases that can be properly presented, presided over, and properly deliberated on by a jury if the matter gets to that point.

Meanwhile, Bailey’s lawyers including Hughes, Konyo Sandiford, and Ronald Daniels believe that there is something fundamentally wrong with Guyana’s justice system in light of a citizen being charged, committed, and indicted when there is no evidence connecting them to the offence.

When this happens, the lawyers pointed out that “it sends the wrong message to society and persons believe that the system of trial by one’s peers is broken, persons cast aspersions at the Judiciary because these persons do not know that from its inception the case was doomed to fail.”

“This is a case where the constitutional body tasked with preferring lawful indictments following lawful committals has failed Mr Bailey,” the lawyers noted. Against this backdrop, the lawyers are calling for a Commission of Inquiry (CoI) into the operations of the office of the Director of Public Prosecutions (DPP).

The lawyers are further calling for an investigation into how many citizens are in or were in the same state as their client and what is the way forward. The three defence counsel said that their client was put in this position because the DPP’s office which is tasked with ensuring that a person is only before the court if there is evidence linking them to the crime, did not thoroughly peruse the evidence.

The lawyers stopped short of identifying former accused persons who were in the same position as Bailey, but disclosed that the “court knows of instances in another county where this exact situation occurred.”

Moreover, the lawyers pointed out that the chill observations by Justice Barlow that there were other persons in a similar position in another county, “is an indictment on the justice system in Guyana where miscarriages of justice facilitated by the State continue unabated.”

In the circumstances, the lawyers held a press conference on Monday during which they echoed the pleas made to the office of the DPP by Justice Barlow.

“…examine the material if you have anything to do with the initial charge, no charge should be instituted where there is no evidence, examine the committal record, examine all other relevant material carefully and fulfil the constitutional mandate that dictates that no one should be before the court unless there is some lawful reason for that person to be there.”

Addressing reporters at the media briefing, Sandiford pointed out that there will always be advice from the office of the DPP before a murder charge is laid. Added to that, she said the DPP’s office is also duty-bound to peruse the committal records before presenting an indictment.

It was really bad

Meanwhile, Bailey in brief remarks, like many other inmates, detailed the horrors of life behind bars. Having been housed at three different prisons, the former Sergeant revealed that he was attacked by other inmates, suffered a heart attack, and even contracted the novel coronavirus while incarcerated.

“It was really bad there for me because it is strange – the things you see, the things you do, how you have to conduct yourself: eating, sleeping, bathing talking to people…you might very well speak to a prisoner now and he responds to you; but the very next morning you are in a for a slap or a cuff or a cuss out.”
For the most part, he had nothing good to say about prison officers. The former cop had always professed his innocence. In 2015, Bailey was charged with bribery and corruption and subsequently dismissed from the Guyana Police Force where he had served for almost 20 years.

The lifeless body of Ramnaress, called “Savita”, was found at around 10:00h on August 31, 2013, at her Lot 2430, 21st Avenue Diamond Housing Scheme, East Bank Demerara home. Her throat had been slit, her head bashed in, and her hip disjointed. Sections of her property had been destroyed by fire.

The bottom flat of the house had been completely drenched with kerosene, and the entire house had been ransacked, which suggested that the woman was robbed before she was killed. The perpetrators had also set alight a bond behind the house, and it was completely destroyed.

After the robbery, the killers escaped in one of the woman’s motor cars. Recordings from the internal and external surveillance cameras were missing. From the inception, investigators believed the robbery might have been an inside job since there was no sign of forced entry into the premises.

The woman’s property was protected by a high grill fence and an alarm system, which according to neighbours did not go off during the night of the gruesome murder.