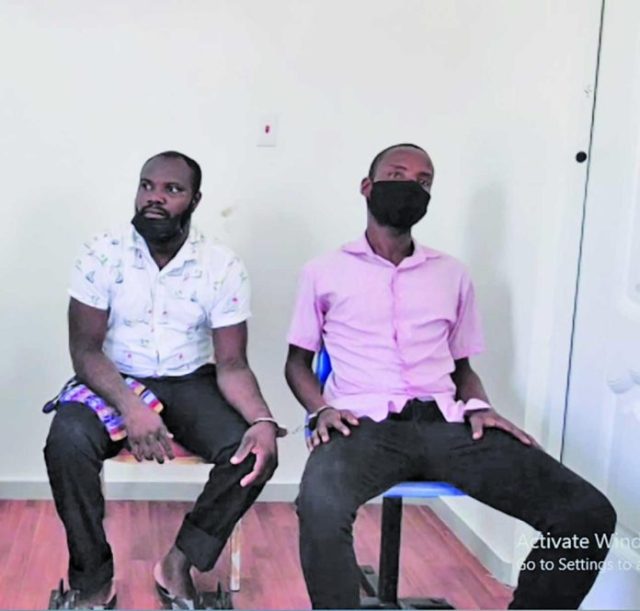 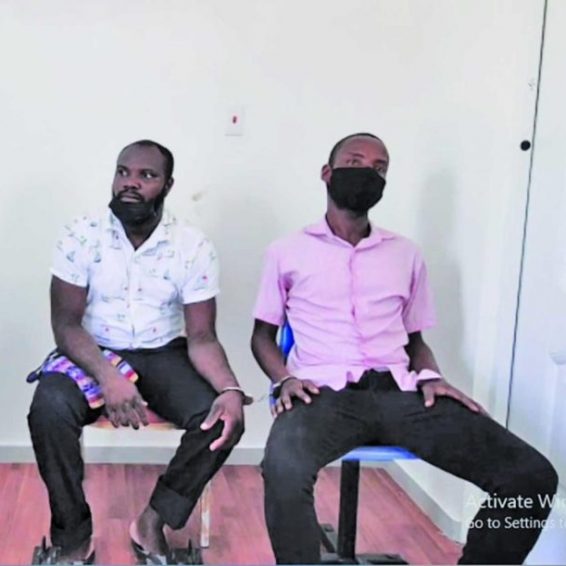 Two weeks after he was sentenced to 25 years’ imprisonment for raping a woman at the Turkeyen Police Station, former Policeman Devon Chapman is asking the Court of Appeal to overturn his conviction.

Chapman, 25, along with former Policeman Leon Ashby, 35, were found guilty of the crime on September 27 by a jury. Ashby was also sentenced to 25 years in prison. There are, however, no records of him filing an appeal against his conviction and sentence.

The prison term was imposed by Demerara High Court Judge Jo-Ann Barlow. On January 1, 2018, in the county of Demerara, the convicts engaged in sexual penetration of the woman without her consent. The duo, who were both represented by counsel, had initially pleaded not guilty.

At about 01:13h on New Year’s Day 2018, the woman had left her Sophia, Greater Georgetown home and had gone to the Police station to make a report against a man who had thrown a squib at her son’s face.

After lodging the report, she had requested to use the washroom, and was guided to the upper flat of the building. Chapman, the jury heard, had taken the woman upstairs and pointed her to a hallway, where she did not see a toilet, but instead two bathrooms that were under construction. After the woman had used the bathroom, Chapman had followed her up the stairs and grabbed her by the neck.

The jury was told that he had “viced” the woman from behind and told her, “You gotto get f***.”

The victim said Ashby, who was there, fetched her into a room and placed her on a mattress on a spring bed. She said she was placed to lie on her belly. She recounted that Ashby then pulled down her underwear and raped her.

The ordeal lasted for about 20 minutes.

According to the victim, Ashby then grabbed her neck, while Chapman mounted her and raped her for about 10 minutes.

Notwithstanding the jury’s verdict, both Chapman and Asby had maintained their innocence. “I just want to say that I am innocent, and if this matter ever retry again, I just want y’all to understand that none of this never happened,” said Chapman in brief remarks to the court at his sentencing hearing.

Ashby told Justice Barlow, “I have been a law-abiding citizen all my life. I have been in the Police Force for 12 years, and I have risked my life and a whole lot of things for the Force. This did not occur. When my family provides a lawyer and appeal this case, I hope you can retry this case and give me a fair retrial.”

At a sentencing hearing, Justice Barlow pointed out that the former Policemen lured the woman to a place where their unlawful acts could have gone undetected by other persons at the Police station. Noting that Ashby and Chapman were serving law enforcement ranks at the time, Justice Barlow said that a serious breach of trust had occurred when “ranks who swore to serve and protect violated the woman in the manner she detailed”.

The Judge said the evidence revealed that the duo had threatened to kill the woman if she told anyone about the incident. “According to the victim impact statement, fear and anxiety still affect the virtual complainant’s life. There was a total lack of remorse, as [the convicts] indicate that they have not committed this offence,” she added.

Justice Barlow ordered that, during their incarceration, the men undergo counselling tailored for persons convicted of sexual offences. Chapman and Ashby had been released on $80,000 bail pending the hearing and determination of their trial.