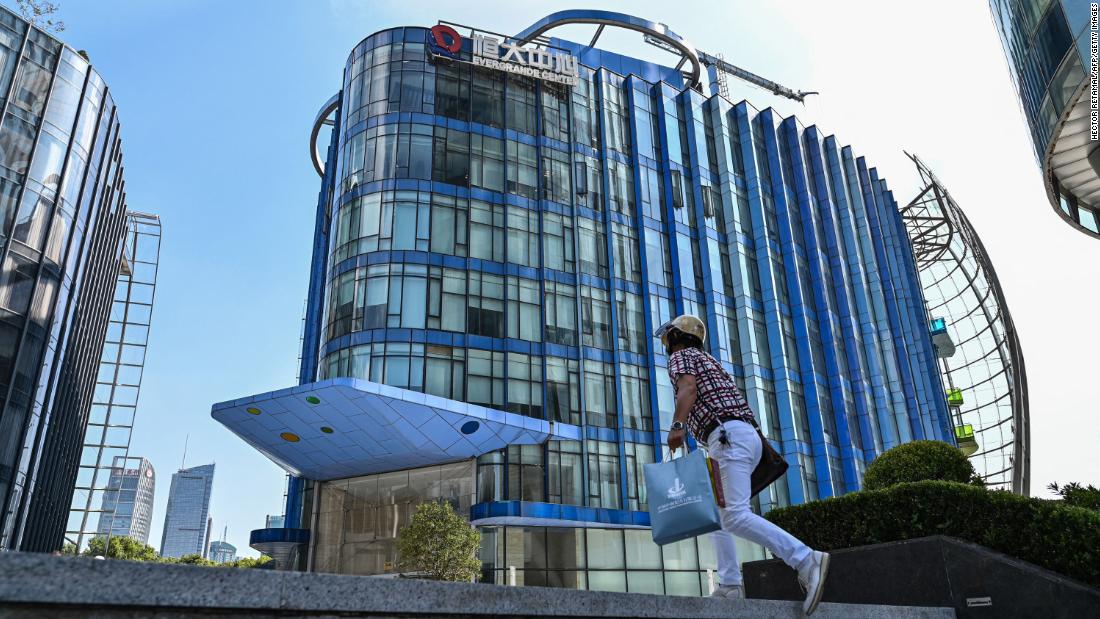 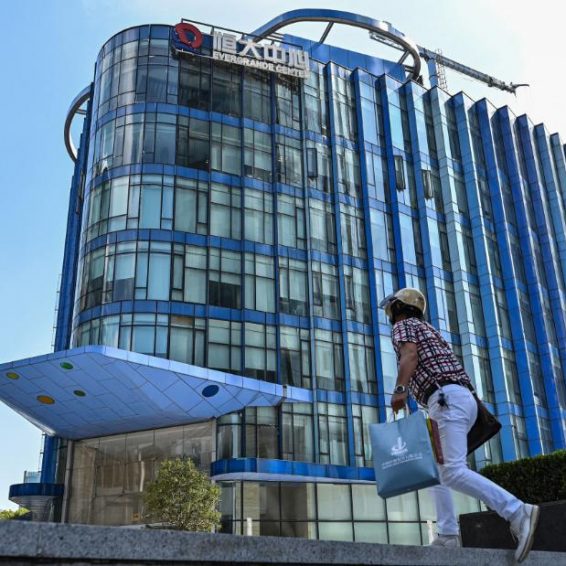 4 weeks ago·4 min read
ShareTweetPinShare
Home
World News
Evergrande raises $1.5 billion as another debt payment looms
The Chinese real estate developer has agreed to sell off part of its stake in a local bank for nearly 10 billion yuan (about $1.5 billion). Evergrande made the announcement Wednesday, sending its shares up nearly 16% in Hong Kong.
The company will be selling a nearly 20% stake in Shengjing Bank to state-owned Shenyang Shengjing Finance Investment Group.
In recent days, speculation has been mounting that officials may ask state-owned businesses to support Evergrande.
Over a third of Shengjing Bank is owned by the property giant, and the lender has already been hurt by Evergrande’s troubles.
Read More
In a stock exchange filing, Evergrande said that its “liquidity issue has adversely affected Shengjing Bank in a material way,” and that the lender has demanded that all proceeds from the sale be used for resolving “financial liabilities” between the two parties. The conglomerate will still hang on to a 14.75% stake after the deal closes.
5 things to know about the Evergrande crisis: A simple breakdown
This means that Evergrande will likely not be able to use the money for any of its other debts. Last week, it failed to address an interest payment of $83.5 million on an outstanding dollar-denominated bond. The company faces another bond interest payment of nearly $50 million Wednesday.
While Evergrande has not publicly discussed payments due on its dollar-denominated bonds, the company did reach an agreement on interest due on a yuan bond last week.
Evergrande is China’s most indebted developer, with more than $300 billion worth of liabilities. That includes nearly $20 billion in international bonds, according to data provider Refinitiv Eikon.
Investors are waiting to hear whether the company will meet its obligations to other bondholders, or slip closer to default. Some have even raised the possibility that such an event could turn into China’s Lehman Brothers moment, though many analysts say that is unlikely.
Fitch Ratings further downgraded Evergrande on Tuesday, saying that the group was “likely to have missed [an] interest payment on its senior unsecured notes.”

In recent weeks, following mass protests and a global markets rout, Beijing has turned its focus to limiting fallout from the crisis and protecting ordinary people, though the government has refrained from commenting on Evergrande directly.
In a statement this week, the People’s Bank of China vowed to “maintain the healthy development of the real estate market and safeguard the legitimate rights and interests of housing consumers.”
While it did not refer to Evergrande specifically, the central bank has been pumping cash into the financial system over the last few days to help stabilize the situation and calm nerves.
On Tuesday, it announced that it had added 100 billion yuan (approximately $15.5 billion) to the system, saying it was to keep liquidity going.
Evergrande’s electric car company is having trouble paying its suppliers
Iris Pang, chief economist of Greater China at ING, said that the move was “a symbolic signal to the market, that the Chinese government is in control of the incident, and is not letting the incident become a crisis.”
Some analysts have warned of potential shockwaves across the world’s second biggest economy if the damage is not contained.
Evergrande employs some 200,000 people, and it has said that it indirectly helps sustain more than 3.8 million jobs each year.
In China, real estate, and its related industries, account for as much as 20% of the urban workforce, according to Christina Zhu, an economist at Moody’s Analytics.
Boosting liquidity “will make sure that real estate-related suppliers and contractors stay afloat. This really prevents any large-scale layoffs from those sectors,” she told CNN Business.
Zhu added that it would also help with another key priority, which is ensuring that work continues on property projects so that home buyers aren’t “left on the hook.”
According to recent analysis from Bank of America, Evergrande has sold 200,000 housing units that have not yet been handed over to buyers.
Authorities appear to be working to limit the fallout in Hong Kong, too.
On Tuesday, Bloomberg reported that the Hong Kong Monetary Authority (HKMA) had asked banks to report their exposure to Evergrande, citing unidentified sources.
In a statement to CNN Business, an HKMA spokesperson said that it maintained “regular dialogue with the industry,” and would “not comment on the details of our discussions with the banks.”
But the de facto central bank “has been keeping the credit risk facing the banking sector under close monitoring,” the representative added. “Our assessment is that the overall risk to banking stability remains manageable.”
What’s next for Evergrande: Bailout, breakup or default?
But Pang noted that a central question remains: “what the government wants.”
“[Is] the government being prepared for Evergrande to default from all these bonds? That will create volatility in the market. Or does the government want Evergrande to continue running and operating, and building and selling?” she said.
“We are still not sure of what the government wants … That’s the issue in the market right now.”
— CNN’s Beijing bureau, Diksha Madhok, Hanna Ziady, Laura He and Julia Horowitz contributed to this report.