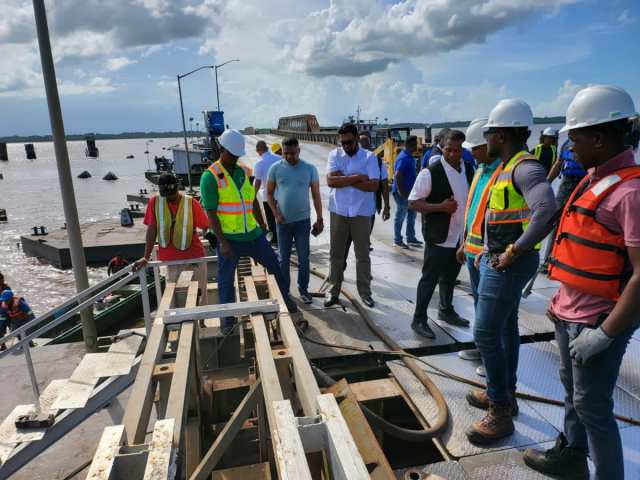 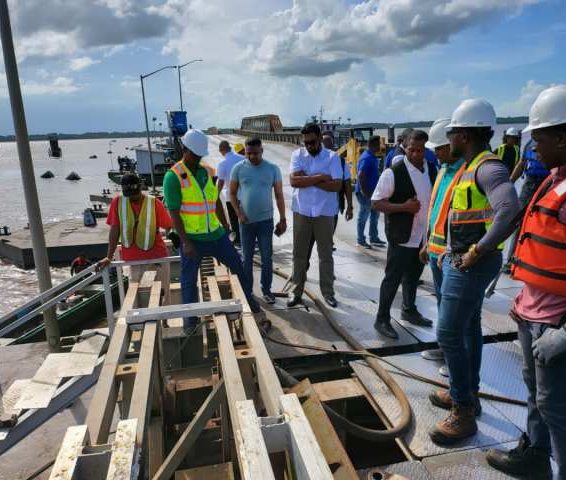 Engineers and technical staff attached to the Demerara Harbour Bridge are currently working on getting the bridge back in alignment, after a barge crashed into Span 9 during this morning’s retraction.

According to the DHB Corporation, the team is at the moment working to repair retractor span 9 after the passing vessel hit the edge of the span and pushed it out of line. The collision also caused breakage of the connecting end post at spans (8) and (7).

“That caused a slight opening there and no vehicle can be allowed on the bridge out of an abundance of caution, we are working to get this back up as soon as possible, but right now it’s hard to give a specific time,” one Engineer stated.

At approximately 11:31 AM, a vessel with the name (Desal 1) with two tugs (Alpha 1 and Chaka) transporting sand was travelling northbound when it hit a retractor span (the edge of span 9) of the Demerara Harbour Bridge. The hit pushed the bridge out of alignment, causing the breakage of the connecting end post at spans (8) and (7), this in turn caused a transom to be warp (slight opening).

Since this incident, the bridge has been closed to traffic on both sides and information communicated to the general public.

Minister within the Ministry of Public Works, Deodat Indar, is currently at the site of the breakage conducting checks along with the dispatched work team.

“DBHC staff and Contractor are working to get the bridge re-open to traffic after several damaged aspects of Span 9 needed repairs after this morning’s accident. Upon repairing the power module of the hydraulic system, the span will be reclosed, everything is being done to fix this,” the Minister assured the general public. 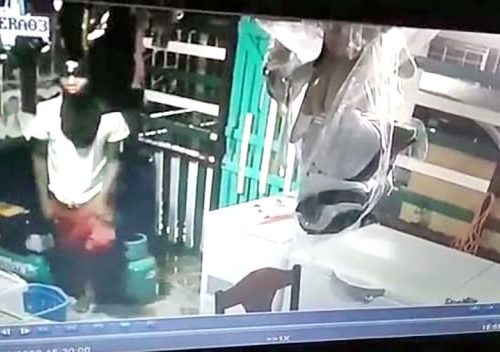 Burglar caught on camera after breaking into NA grocery shop

The Management of the Demerara Harbour Bridge Corporation apologises for the inconvenience caused to the travelling public and assures everyone that its technical team is diligently working to rectify the situation.

Since, the DHB is a critical link between Regions Three (Essequibo Islands-West Demerara) and Four (Demerara-Mahaica), vehicles are stranded on both sides of the Demerara River.

Nevertheless, the DHB Corporation’s Management is also in contact with the local consignee of the vessel and Tug & Barge.