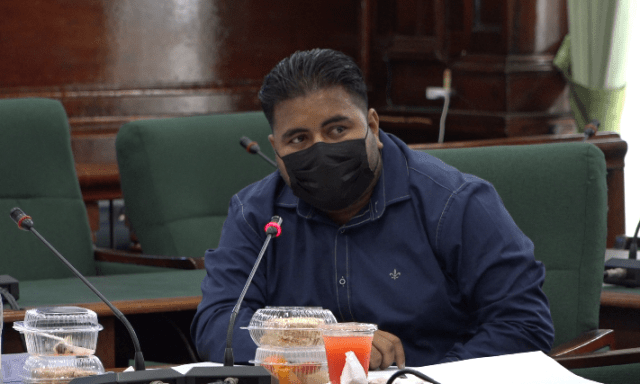 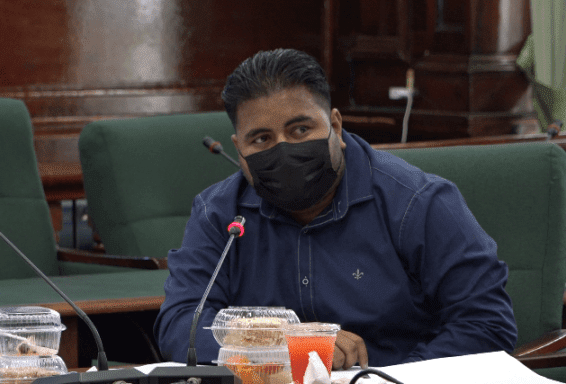 Shocking revelations were made during Monday’s sitting of the Public Accounts Committee (PAC), as one accounting officer admitted he signed off on documents falsely certifying works as complete, in fear of losing his job under the previous A Partnership for National Unity/Alliance for Change (APNU/AFC) regime.

Monday’s PAC sitting dealt with matters raised in the Auditor General’s 2016 Report about the Region Eight (Potaro-Siparuni) regional administration. From a budget of $248.2 million that was allocated for maintenance of buildings and infrastructure in the region, cases of overpayments on various contracts were flagged.

The engineer, who would have served in 2016, Latchman Singh, was present during the PAC meeting. He admitted that the works department did not conduct site visits as they should have, to verify the works.

Despite this, Singh signed off on the documents certifying the works as complete. According to him, however, he signed those documents under duress. And he blamed the Regional Executive Officer (REO) at the time. The REO in 2016 was Rafael Downes, who was ultimately fired from his post in 2017.

“The payments were generated based on instructions from the REO at the time… I don’t have any documentation. But Mr Chairman, I have a documented letter that I wrote to the REO to say that I am signing these documents under duress. Because I’m not having an opportunity to travel,” he said

“The first time I refused to sign a voucher without visiting and verifying… because it was not truthful and factual. I was sent on 52 days of leave. After returning from lunch one day, I was called to the admin office and handed a letter saying I have to proceed on 52 days annual leave,” Singh said.

While acting PAC Chairman Ganesh Mahipaul expressed doubt at what was relayed by the engineer, PAC member Gail Teixeira reminded Mahipaul that all the officers are legally bound to tell the truth.

She therefore noted that the engineer should be given the benefit of the doubt at the present time and asked to provide the letter. More drama would follow when PAC member Juretha Fernandes was given the floor and remonstrated with the officer.

“I have a difficulty with the way in which this discussion is progressing. When someone is employed, they have job description. It is unacceptable for someone to come before this committee and say they signed a document because they were forced to sign a document.”

“Nobody could force you to do something illegal and you go ahead and do it,” Fernandes said, prompting Teixeira to interject by asking “Really?” At this point Mahipaul threatened to have the mikes of those on the virtual platform muted unless they are about to make a presentation.

Among the buildings where work was done was the Kato Guest House and the Administration Building for Kato. Additionally, work was done to upgrade the Kato playfield, although there were overpayments totalling $150,000 in this case.

There was even a contract for repairs to a revetment at Kawa creek, in the sum of $1.4 million. But despite the full sum being paid to the contractor in 2016, no work was started at the time of the report and the sum was not recovered.