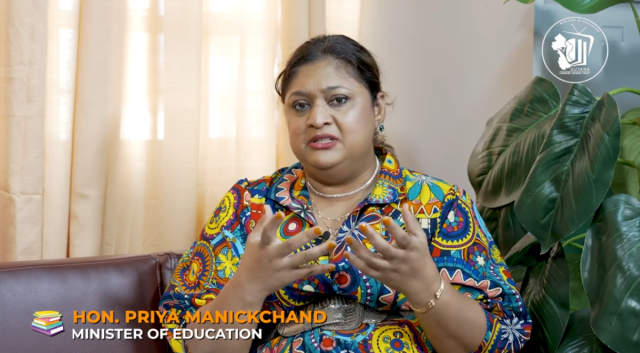 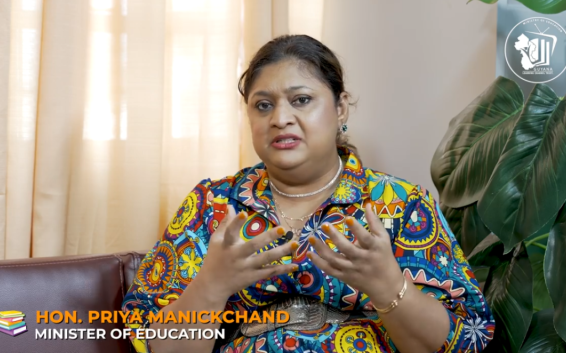 Even as the distribution of the “Because We Care” cash grants and uniform allowance wrapped up on Friday, Education Minister Priya Manickchand said government is committed to ensuring that all parents receive their monies.

Making remarks on the conclusion of the four-day distribution exercise, Manickchand said that her ministry will seek to address the issue of late registration and those parents who did not receive due to other reasons.

“We’ve had parents coming to say that they registered late and parents coming to say, particularly from private schools that their names we’re not on the register for one reason or the other so, we’re going to have to look at what we have remaining and whether we can serve all of those persons still in a second go around.”

“So, there is going to be 2-second tranches to be done; the first one being people who are legitimately on the list but could not get here for whatever reason – they’re work, they’re in the hospital, whatever – and we’ll announce those dates shortly. And then, the second one we’ll look to see whether the people who were not registered on time, didn’t do what we asked them to do, if we have enough in our budget to serve them,” the Minister noted.

She went on to explain that the budget for the cash grant and uniform allowance programme was arrived at based on the number of children registered. However, she disclosed that the ministry may still be able to “do something” for those who are unregistered.

Meanwhile, Manickchand further stated that the rollout of the grant was very smooth and noted that this is the first time the government has rolled a cash grant of this of magnitude.

“The Ministry of Education rolled out a really good programme of course with assistance from the Guyana Police Force and the Auditor General’s Office and so we’ve had not only a programme that was smooth and efficient but one that was really accountable and very transparent, and I’m very glad about that. I want you all to pause for one second and think about the fact that we just served one hundred and ninety-something children in four days, distributing probably more than $5 billion. Of course, the numbers are now coming in but that has never been done in this country before,” she declared.

Minister Manickchand assured that the Government will continue the distribution of the cash grants next year and keep its promise of increasing it each year. 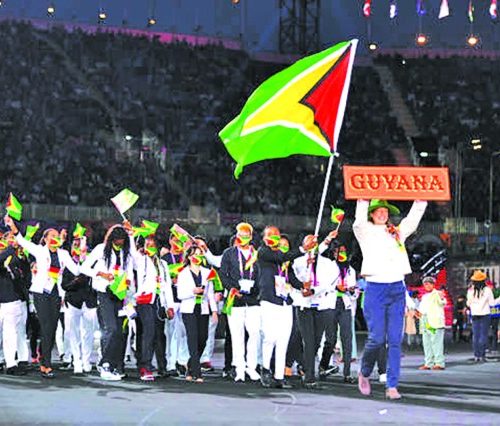 “To all the parents, please know that this is going to be a continuous grant, we said that from the moment we started in 2014 that it was going to raise incrementally until it became at least $50,000 and we have stayed true to that promise. So, next year and the years following this will continue and even increase. Please spend this [money] wisely, this is supposed to be help for you, to get your children prepared for school and gives us great pleasure being in your service,” she posited.

The Government of Guyana initially aimed to distribute a total of 193,679 “Because We Care” cash grants and school uniform allowances this year.

This was estimated to be at a cost of over $5.8 billion.