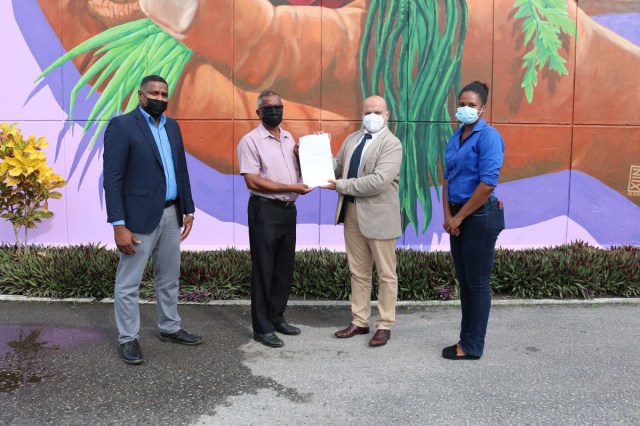 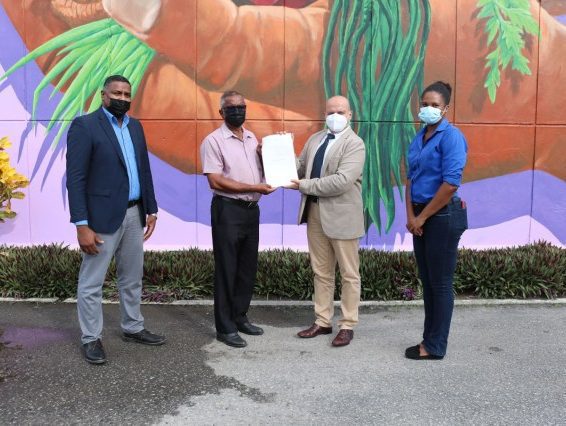 SBM Offshore on October 26, 2021, signed a Memorandum of Understanding with the National Agricultural Research and Extension Institute (NAREI), which will see the company funding a Mangrove Restoration Project along a section of the East Coast of Demerara (ECD) which will cost over GY$68 million (US$332,000).

This one-year project involves the restoration of over 1.2 kilometres of mangroves from Buxton to Strathspey, ECD, and will benefit over 500 households from the adjacent communities, while also providing employment for residents. Geotextile groynes will be constructed along the foreshore at the project site to aid in the development of suitable conditions for the planting and growth of mangrove forests. Further, the project will facilitate the establishment of community nurseries to propagate the seedlings and subsequent planting of 20,000 Avicennia germinans (black mangrove) seedlings along the project site.

NAREI’s Project Coordinator for the Mangrove Department, Ms. Kene Moseley explained that residents will play a crucial role in the execution of the project, as they will form the workforce for its implementation. “We train persons in the communities to grow the mangrove seedlings for us and then we pay persons to plant the seedlings when they’re ready to be planted.” She added that with the restoration of the mangrove ecosystem, nesting ground for crabs will be created and this will pave the way for the return of crab-catching, creating more income-generating opportunities for residents.

Chief Executive Officer of NAREI, Mr. Jagnarine Singh, explained that the Guyana Mangrove Restoration Project was initiated since 2010; however, the institute recently reached out to SBM Offshore for assistance and received a positive response. “I am thankful to the company for assisting. They came along and are helping us on the coast because the coastline of Guyana is very important. This is so critical for us because we are living below sea level along the coast,” Singh stated.

Meanwhile, General Manager of SBM Offshore, Mr. Francesco Prazzo said the company is pleased to play a role in such an important project, which is also closely aligned with the company’s sustainability objectives. According to Prazzo, “Sustainability ranks very high on our agenda, as well as making an impact in Guyana in whatever we do. I was particularly attracted by this project on mangroves when I came to Guyana as I also realised how severely floods affect the country.”

He noted that the Mangrove Restoration Project will positively impact over 500 households from the adjacent communities by providing flood protection and will also contribute to SBM Offshore’s local content efforts as over 45 residents from the nearby communities will be employed for the duration of the project.

SBM Offshore’s Sustainability and Social Impact Program Development Officer, Recardo Bovell emphasised that the project will also contribute to increasing the biodiversity within the specified project area and offer coastal protection which is important as Guyana confronts the rising sea level.

“We see the benefits of mangroves, not just along the lines of coastal protection but also we know mangroves will contribute towards the replenishment of our fisheries stock, which is an additional benefit this project will have.” He added that the company sees the project as a starting point and hopes to be able to expand the scope of such an effort in the future.

The engagement between NAREI and SBM Offshore started in early 2020 with discussions between the parties on how best the company could support the activities of the project, following which NAREI selected the project location based on its annual action plan. This Mangrove Restoration Project is one of several SBM Offshore initiatives planned in-country that aligns with its commitment to the United Nations Sustainable Development Goals.

SBM Offshore is a trusted, global leader in floating solutions for the energy industry and has been contracted to construct, maintain and operate Floating, Production, Storage and Offloading (FPSO) units for Guyana’s oil production activities offshore.