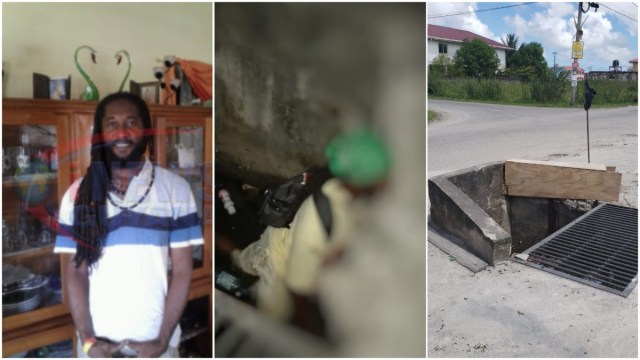 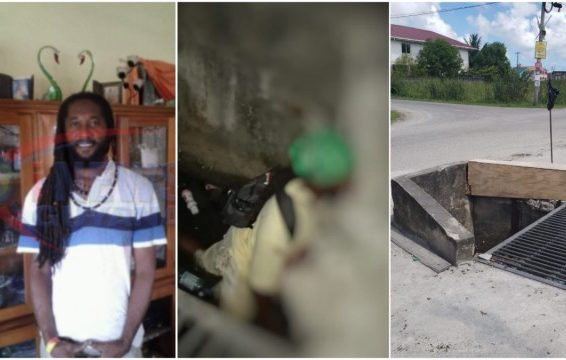 Family members of 43-year-old Troy Anthony Ponton, who died in a freak accident last evening at Eccles Industrial Site, East Bank Demerara (EBD), are calling for the company responsible for leaving the culvert exposed to be held accountable.

Ponton, a father of two, of Diamond Housing Scene, EBD, was riding his bicycle heading home when he fell into the opened culvert and became impaled by a steel rod.

The exposed culvert was situated on the pavement at the corners of Hummingbird Avenue and Falcon Drive, Block EE, Eccles. Efforts by this publication to ascertain which company is responsible for the road construction works in that area proved futile.

However, the victim’s mother, Sandra Ponton, believes the company must be penalised.

“A big company like that, they should have had something to notify you, you know them highlight thing you does put around, so that you will know that there is danger,” she expressed.

“The company should be penalised!”

According to the mother, her son and a friend were returning home from bible class when the accident occurred at around 22:30h. The friend, who was unharmed, contacted the family upon realising what had transpired.

Reports are that the friend heard an impact and when he stopped his bicycle and called out to Ponton, he did not get a response. He turned back to investigate and upon doing so, he observed the man in an upright position in the culvert with his head resting on the steel rods, which was protruding from his nose.

The mother said, from the information she received, her son was blinded by the lights of an incoming car, which probably rendered him unable to see the hole in the ground.

‘Get ready to seize opportunities’ – locals urged to take advantage of major investments in Reg. 10

“As I understand, the same time he was coming, there was some car light…the car light was in his eyes and he bounce in there and then he fall and then the steel run up in his nose and straight up in his head,” she explained.

The woman said she is unsure how she will deal with this grief, since it has been just over a year since she lost her husband to a heart attack.

“How I feeling right now is real terrible cause I lost my husband one year and six months and now he [my son], I don’t have enough energy to go through this…I am just begging God to give me energy and faith to go through this,” she expressed.

Ponton, who worked as a labourer, has two children, aged 7 and 10.