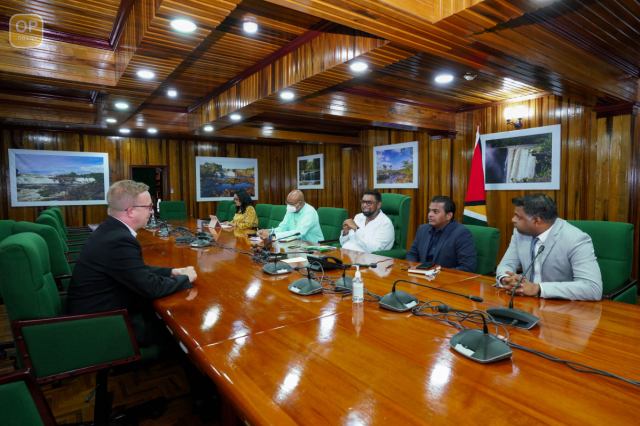 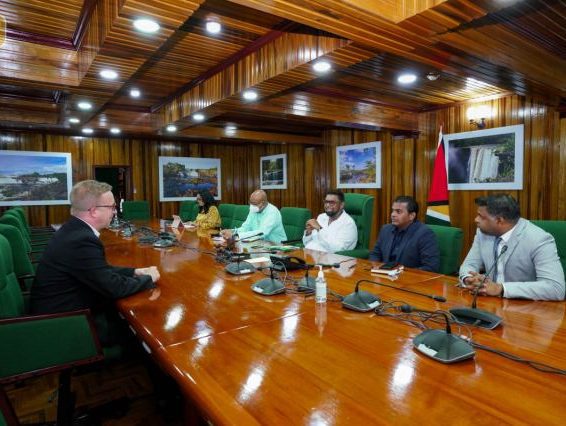 He met with President Dr Irfaan Ali on Friday at the Office of the President on Shiv Chanderpaul Drive, Georgetown, during which discussions were focused on the establishment of the air cargo terminal at the CJIA.

President Ali highlighted the “tremendous opportunities” which exist to create not just a terminal but a hub.

Meanwhile, in sharing his observations, Balkens pointed to the positive signs that “there is business here” in Guyana.

The Dnata, which is part of the Emirates Group, was established in 1959. It ensures the aviation industry operates smoothly and efficiently in 131 airports across the Middle East, Europe, Asia Pacific, Africa, North America and South America. It offers ground handling, cargo, travel, and flight catering services. It is also a strategic partner of West Jet and hundreds of other airlines.

In recent years, there has been mounting interests from investors, both state-owned and private, in the Middle East. Already, several state officials and major private sector representatives have visited Guyana to explore investment opportunities in a vast array of sectors.

Moreover, President Ali has visited the region twice in recent months to further fortify bilateral relations and talk up the plethora of potential projects that investors can tap into.