A 28-year-old tailor of Lot 108 Best Road, West Bank Demerara, on Thursday, pleaded guilty to three charges stemming from his assault on a Policeman, which was captured on video.

Nicholas Balkishun was brought before Magistrate Faith Mc Gusty at the Wales Magistrate’s Court where he pleaded guilty to behaving disorderly, assaulting a peace officer, and driving under the influence (DUI). He pleaded guilty and was fined a total of $27,500.

He was fined $10,000 for the disorderly behaviour charge, $10,000 for assaulting the Police officer and $7,500 on the DUI charge. According to reports, Balkishun was arrested by traffic officers for DUI on Wednesday and taken to the Vreed-en-Hoop Police Station.

While there, he, however, became involved in an altercation with about three Policemen. He was caught on video slapping one of the Policemen in the face.

“I would cuff yuh in yuh f$#%ing face,” Balkishun was heard telling another Policeman.Police Headquarters reported that Balkishun has also been charged with damage to property and using abusive language. He will appear at the Vreed-en-Hoop Magistrate’s Court on Monday.

Earlier this week, two teenagers from Angoys Avenue, New Amsterdam, Berbice, who were caught on video assaulting a Policeman, were arrested.

The incident occurred just after 08:00h on Tuesday. Quincy King, 18, and 19-year-old Christopher Abrams are expected to be charged with multiple offences, including assaulting a peace officer. 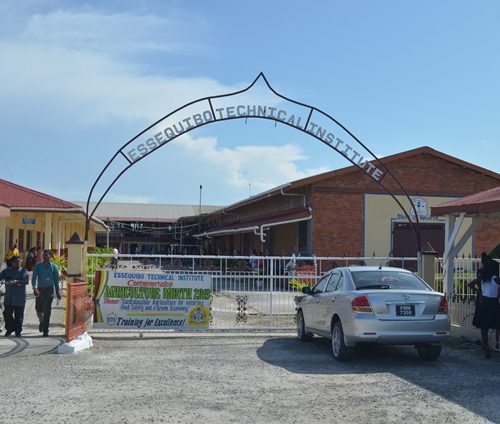 Their arrest came shortly after a video recording began circulating on social media, of the duo jointly attacking and assaulting the Police rank.

Police Headquarters reported that the Policeman was providing the teens with traffic instructions and directions, which they failed to comply with when an argument ensued.The Policeman, upon trying to caution the men, was knocked to the ground by the duo.

He was then forced to get on his feet and defend himself from an aggressive and abusive Abrams, who was seen in a video punching the cop about this body.