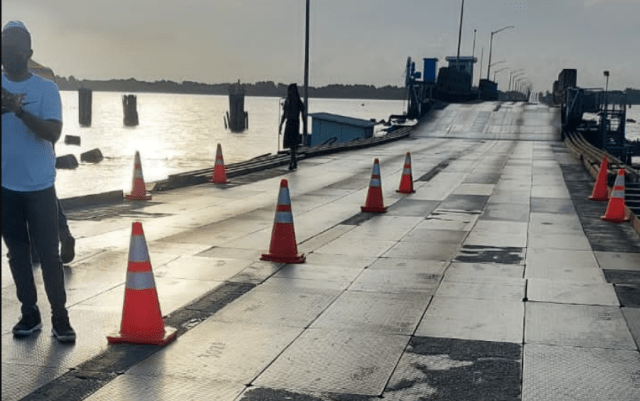 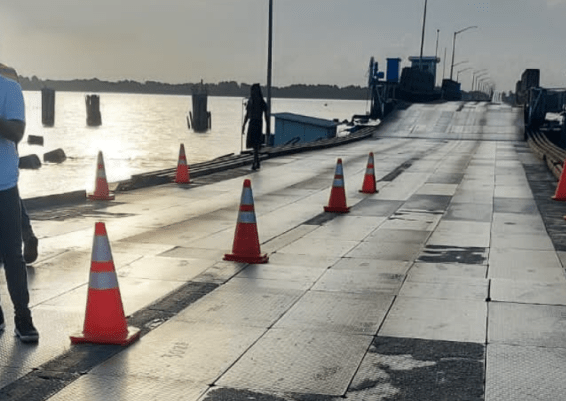 See full statement issued by the Ministry of Public Works:

The DEMERARA HARBOUR BRIDGE CORPORATION is appealing to drivers to follow the direction advised and laid out by officers when using the bridge, as further inspection is currently being done in preparation for the start of a major rehabilitation of the damage caused to span nine (9) and at the junction of span seven (7) and eight (8).

This occurred on Sunday when a passing vessel hit the bridge and shifted a section out of alignment, which resulted in the closure of the bridge for several hours.

The Management of the DHBC says though the bridge has been reopened to vehicular traffic, remedial work is still ongoing and drivers are being reminded to adhere to the weight limit of 10 tons and below per vehicle, at the moment. 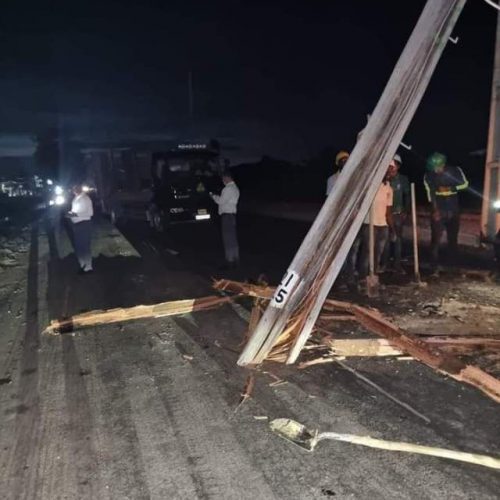 The public is also advised that there will be some interruption after midnight starting this week, to facilitate carriageway rehabilitation work, while undercarriage rehabilitation work will continue until the structural integrity of the spans has been restored.

Specific details of this will be posted on the DHBC’s Facebook page.