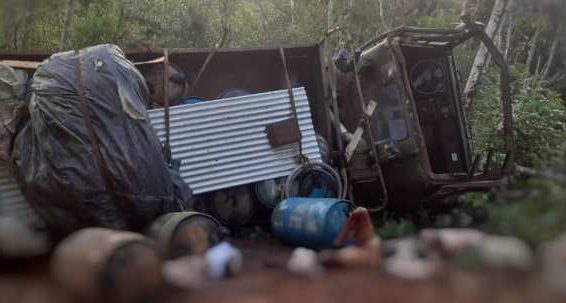 Driver injured after truck topples down hill in North Pakaraima

A 62-year-old man is now injured after the truck he was driving toppled down a hill in North Pakaraima, Region Eight (Potaro-Siparuni).

Police said at around 16:00h on Friday last, motor lory GAB 5892 was proceeding east along the Tuseneng Road which was wet at the time and is made up of gravel and loam. At the time, the truck was laden with foods including fuel.

“While ascending a steep hill, it was alleged by the driver that he could not have completed the climbing of the hill and as a result, he began reversing down the hill, when he lost control of the lorry, causing same to turn turtle before coming to a stop,” police explained in a statement.

As a result, the driver received injuries about his body. He was picked up by public-spirited citizens and taken to Tuseneng Health Centre. He was treated for injuries and then referred to the Mahdia District Hospital where he was admitted as a patient for observation. 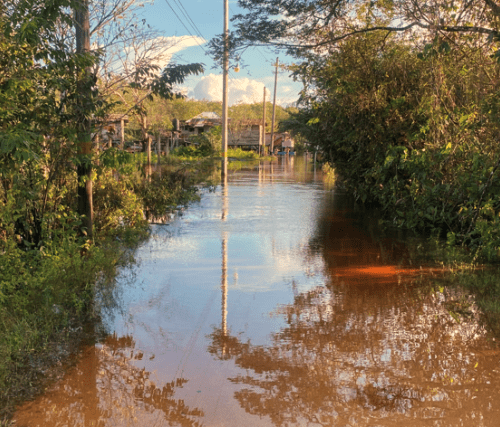 However, at about 13:30h today, Singh was transported from the Mahdia District Hospital to the Georgetown Public Hospital Corporation for further medical attention. His condition is regarded as serious but stable.