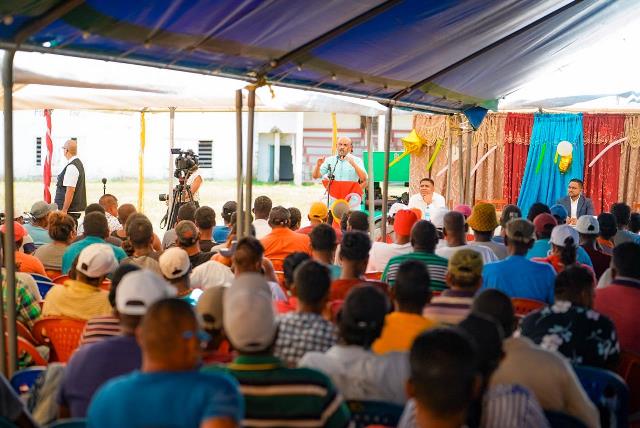 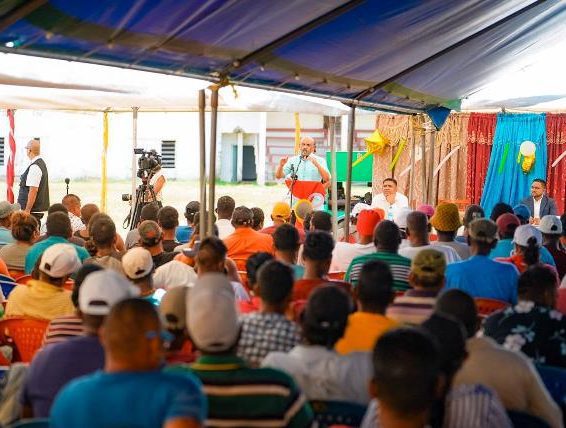 Distribution of $150,000 grant to fisherfolk continues along East Coast corridor

In keeping with its commitment to provide relief to Guyanese in all sectors, the government today continued the distribution of the $150, 000 cash grant to fisherfolk along the East Coast Demerara.

Vice President, Dr Bharrat Jagdeo spearheaded today’s exercise at the Unity Ballfield Centre and the Lusignan Community Centre respectively. The distribution represents an investment of some $75 million dollars with over 1,600 fisherfolk receiving cheques.

The Vice President told the fisherfolk that the government remains committed to providing support to cushion the effects of the rising cost of living.

He made reference the COVID-19 cash grant, the flood relief grant and other measures implemented by the administration over the past two years to support and improve the livelihood of citizens countrywide.

In this regard, the VP noted that while many were looking forward to the grant sooner, government had to verify the list of persons to ensure those in need benefitted, since previously a number of persons were dishonest, resulting in government being reflected in a negative way.

Other issues such as lack of identification documents also delayed the distribution. Fisherfolk in Bee Hive, Golden Grove, Melanie, Unity, Victoria, Liliendaal, Montrose, La Bonne Intention, Friendship and several other areas will be benefitting from the grant.

On Friday last, the Vice President spearheaded the distribution in Region Six, where over 1,600 fisherfolk also benefitted.

Meanwhile, the Vice President encouraged the fisherfolk to invest in other business ventures and to capitalise on the many educational and other opportunities being provided by the government for their development. 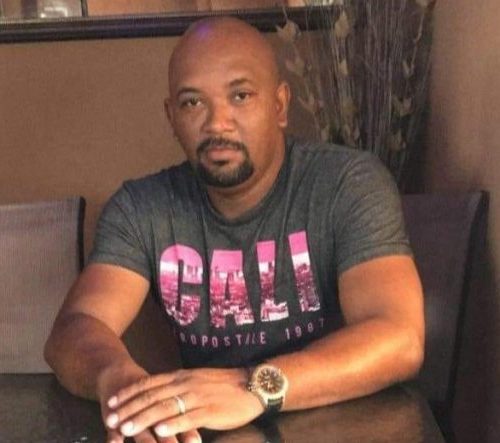 He said fisherfolk must be part of the transformation taking place in Guyana.

“You could start small businesses. You got to explore that sort of help with us because that’s what we’re here for, to assist people to make a transition to upgrade themselves, improved their lives, but if you don’t take this step and you complain, sit down at the seaside or a corner shop and only complain, things will pass by you, development will pass by,” VP Jagdeo explained.

Dr Jagdeo was accompanied by Minister of Agriculture, Zulfikar Mustapha and Minister of Local Government and Regional Development, Nigel Dharamlall.