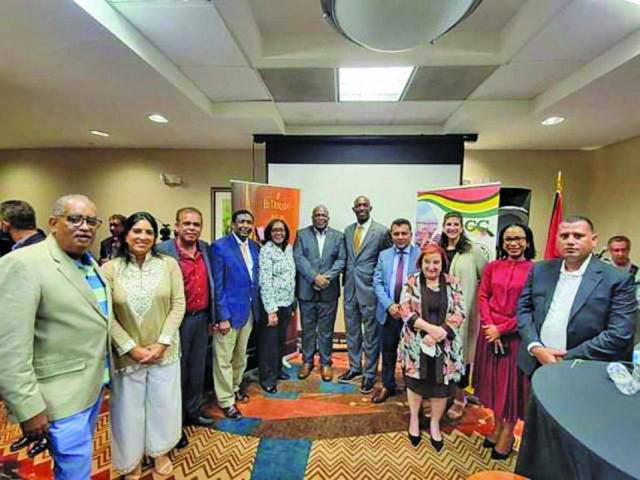 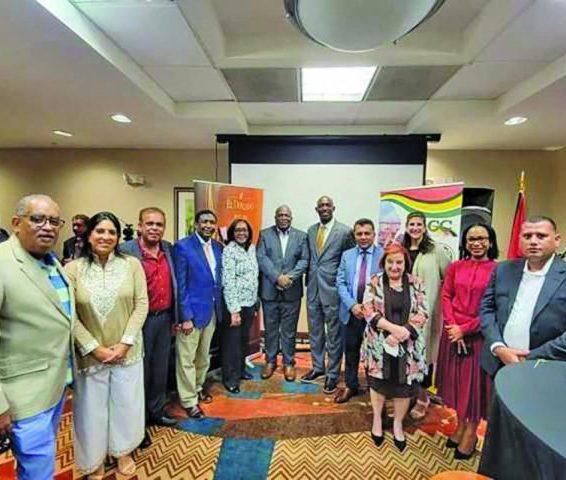 Following two high-level Government engagements with the diaspora in the tri-state area of the United States of America, Foreign Secretary of the Ministry of Foreign Affairs and International Cooperation, Robert Persaud said the diaspora has demonstrated “significant interests” in investing in Guyana.

During a recent interview on the National Communications Network (NCN), Persaud recalled the recent Government engagement with the New York diaspora and the Guyanese-American Chamber of Commerce (GACC).

During the meetings, the diaspora was apprised of the business opportunities in Guyana, as well as visions and plans for each sector of the economy.

“There will be greater clarity on the opportunities. How you can do business in Guyana with ease. There will be a range of opportunities, not only in oil and gas, but also in food production. Food prices are expected to increase and places like Guyana stand to gain from that moment. We have the potential to satisfy that demand,” the Foreign Secretary relayed.

This was achieved as part of the Government’s promise to enhance diaspora involvement in Guyana.

“As we are bringing in forest investors. It is important that we target the Guyanese diaspora. We should not ignore this rich resource base that we call the global Guyanese diaspora, and as much as possible we want to reach out and let them know what the opportunities are,” the Foreign Secretary said.

AI in small ruminants project aims to increase offspring by 50%

He added that a number of missions have been planned to engage the diaspora. To this end, he said the Guyana-American Chamber of Commerce is already tasked with identifying other follow-up activities. He noted too that a slew of investors has submitted proposals to either set up shop or partner with locations to benefit from business opportunities in Guyana.

“We are serious and we are committed, and these two high-level interactions were just the recent part of a continuous ongoing programme that will only escalate to ensure that the Guyanese diaspora is given the opportunity to complement and support, and also to make their input, whether it is investment or skills in the transformation agenda that is taking place in Guyana as our economy grows,” Persaud articulated.

In the region, the Foreign Secretary related that the diaspora unit within the Ministry of Foreign Affairs has been in discussions with the diaspora in Venezuela, Brazil and the Caribbean on business opportunities, as well as offering support for natural disasters.