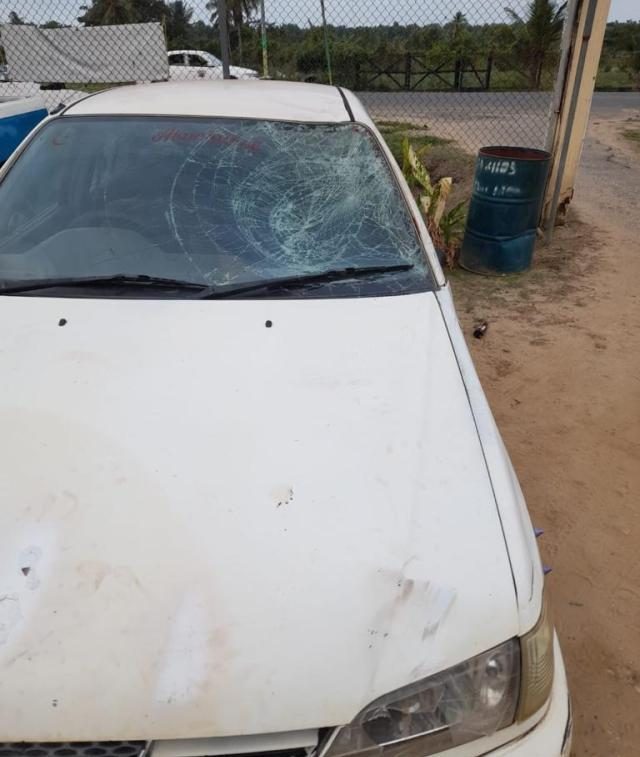 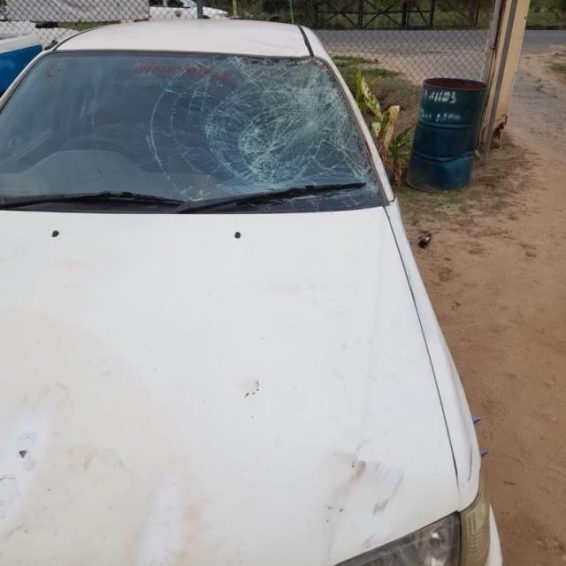 A 36-year-old Detective Police Constable attached to the Fort Wellington Police Station has been taken into custody after the vehicle he was driving struck down and killed a pedestrian.

The accident occurred at around 15:41h on Sunday at the Number 28 Public Road, WCB.

Reports are that the motorcar being driven by the cop was proceeding along the road at a speed of about 75kmph. The driver alleged that the pedestrian suddenly walked out from an access road and into the path of his vehicle.

“On seeing this, he applied brakes to avoid a collision but despite his efforts the car collided with the the pedestrian,” a statement from the Guyana Police Force noted.

As a result of the collision, the pedestrian fell onto the roadway and received injuries about his body.

The driver was taken to Fort Wellington Police Station where he was told to subject himself to a breathalyzer test and he refused to do so.