12,000 persons in the Caribbean to benefit from Canadian-funded agriculture project 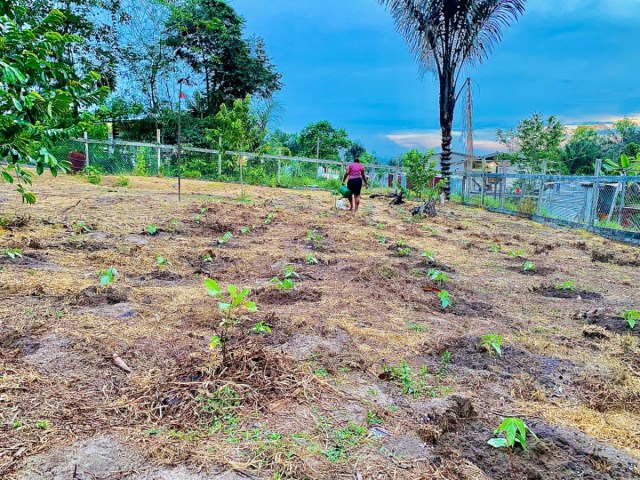 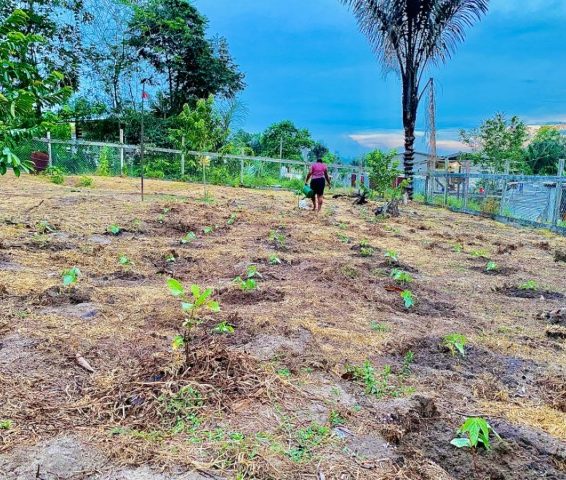 Despite losing millions to flood, Andy Williams refuses to give up farming

2 weeks ago·3 min read
ShareTweetPinShare
Home
Local News
Despite losing millions to flood, Andy Williams refuses to give up farming

Farming is an art; it requires some level of knowledge of the fundamentals in order to generate a flourishing crop. No, the work does not end there; rather, it has just begun. While physical strength is needed, one must be mentally and emotionally built to withstand the journey that farming brings. Bountiful harvests, devastating losses, underproducing crops, pests, thieves are all part of the farming journey.

Andy Williams, popularly known as “Jeep”, is a perfect outfit of mental stability amongst a career path that is constantly plagued with a host of hardships being thrown its way.

As we observe Agriculture Month across Guyana, <<Sunday Times>> sat down with Williams in an effort to get an understanding of his love for farming as well as magnify the hard work that goes into producing our food.

Many times, consumers disregard the amount of work farmers put in to grow their crops, and would often engage in aggressive beat down of prices while sidelining the hardship being fought by farmers.

Forty-five-year-old Andy, who hails from Kwakwani, Region 10 (Upper Demerara-Upper Berbice), recently lost millions to the May-June floods, but that is not deterring him.

Williams is among the 90 per cent of aggrieved farmers whose farms were submerged by the recent unprecedented floodwaters. The farmer noted that while there had previously been floods in the community, his farm was never affected. This new reality has come as a great shock

to him, as water levels were approximately four to seven feet high in various sections of the farm.

He noted that at the time of the flood, he had one acre of sweet cassava ready to be harvested, but was too late, 2000 bananas, 2500 plantains (efforts were made to reap a fraction), scores of cash crops among other crops went downstream as the flood waters created havoc.

“I had to build a bamboo raft to save some of my produce at hand reach, mainly banana and plantains,” Williams recounted.

Based on the magnitude of the flood, the Civil Defence Commission listed the sub-region among four other regions hardest hit.

The distraught farmer has hinted that he would be investing in his 10-acre farmland ‘with a pinch of salt’. However, he confidently and courageously added that life must go on, since this is his only means of employment, and customers are occasionally inquiring as to when he would be back in the farm, as the waters have receded.

“I will plant up my yard here at home, myself and family have to eat,” he affirmed.

When this publication visited the home of Williams, we were swept off our feet by the passion and dedication which goes into everything he does. He has thus far cultivated a huge plot of his land at home with cash crops, consisting of 512 tomatoes, 896 pak-choi, 384 bora, 384 ochro and 128 watermelon seedlings in his efforts to get back on his feet.

Although all may seem well, he is encountering his share of blows with the soil change. Williams explained that he’s having trouble accessing an adequate supply of water, and now has to use manure and fertiliser simultaneously with the soil he is now cultivating. In comparison with his farm, he would frequently journey by foot some one hour and 20 minutes from home, where water is in abundance and he only needs to use fertilizers on particular crops in a limited edition.

He disclosed that he has benefited from the Government’s cash grant for flood affected farmers, for which he is grateful, but it was not sufficient, as there is a spike in prices of agricultural supplies.

“I received $100,000. I am thankful for what the President and his cabinet did for us, but more could have been done for us who was greatly affected. By the time I purchase fertilisers, pesticides and seeds, with other fine things, the money finish; and seeds expensive bad right now,” Williams stated.

Williams is pleading with the Government to further assist him so he can achieve his goal in creating food security in his community, which, sadly, imports perishables while there is abundance of agricultural land in the community.