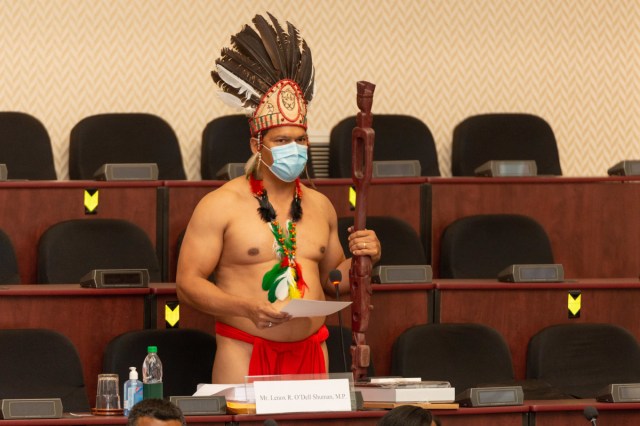 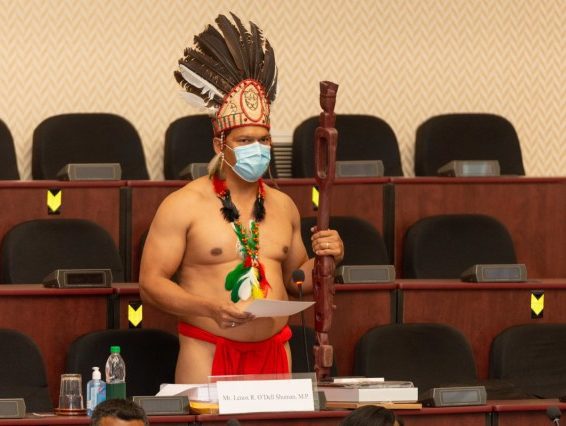 Deputy Speaker Lenox Shuman, in a missive penned to President Dr Irfaan Ali, has called for the confirmation of the various judicial appointments and the Commissioner of Police, all of whom are currently filled by persons in an acting capacity.

Shuman, who leads the Liberty and Justice Party (LJP) and joined with two other small parties to take a seat in the National Assembly, reminded the President that currently, the Chancellor of the Judiciary, the Chief Justice, the Commissioner of Police and the Chief of Staff are all acting.

With the exception of the Police Commissioner, Nigel Hoppie, these acting appointments were all inherited by the People’s Progressive Party (PPP) Government when it took office in August of 2020.

According to Shuman, so many acting appointments contribute to a weakened Judiciary.

“Your administration marked the completion of its first year in office on 2 August 2021, and despite calls by the previous President of the Caribbean Court of Justice (CCJ), Sir Dennis Byron, and the current President, Justice Adrian Saunders for the confirmation of substantive appointments of the Chancellor of the Judiciary and Chief Justice made under the previous administration, there has been no movement on these critical appointments.”

Shuman noted that the situation of Judges holding acting positions as Chancellor and Chief Justice has been an issue since 2005.

He noted that the Constitution provides for all courts and judicial officers to be free and independent from “political, executive and any other form of direction and control”. Shuman also recalled the words of the then CCJ President, Sir Dennis Byron.

Sir Dennis said: “This situation has moved well beyond what ought to be acceptable in a modern democracy where respect for the rule of law is maintained. The Constitution envisages the Judiciary of Guyana to be headed by officials who are substantively appointed and enjoy all the legal and institutional mechanisms to secure their tenure. Anything otherwise is, to my mind, a violation of the spirit and intent of the Constitution.”

Shuman also urged the President to have consultations with Opposition Leader Joseph Harmon, which is a constitutional prerequisite for confirming persons to these judicial posts. However, the President has previously indicated that Harmon’s refusal to recognise the Government is a stumbling block in these consultations.

According to Shuman, in view of the absence of any constitutional requirement for the Opposition Leader to publicly acknowledge the legitimacy of the Government, the path for consultation is unobstructed.

After then, several other Judges were appointed to act in the position including the current Chancellor, Justice Cummings-Edwards, who was sworn in by former President David Granger on March 27, 2018, following the retirement of Justice Carl Singh, who was also never confirmed even after acting for a decade.

Additionally, Chief Justice Roxane George was appointed in an acting capacity under the Granger Government. Brigadier General Godfrey Bess, the current acting Chief of Staff, is also a Granger appointee.