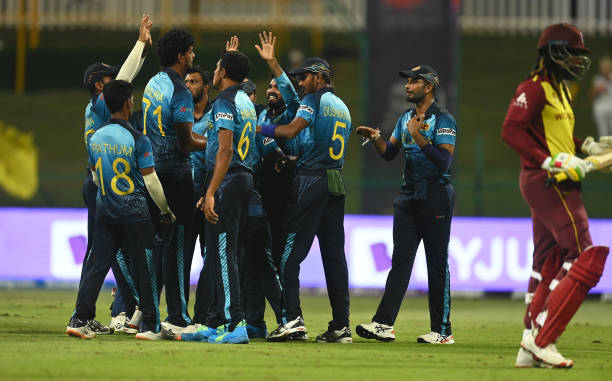 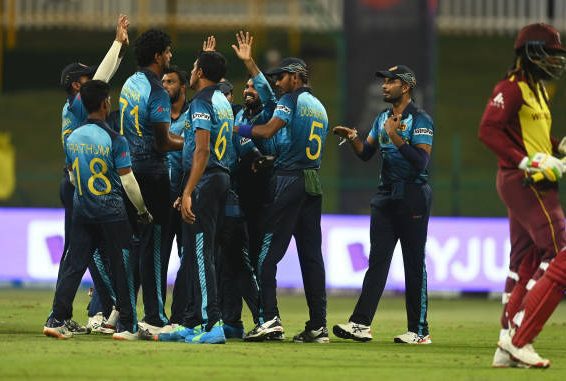 A less than impressive run chase ended with defending champions West indies being ousted from semi-final contention in the ongoing T20 World Cup.

The ‘Men in Maroon’ were tasked with defeating Sri Lanka in a ‘do or die’ contest in Abu Dhabi on Thursday but instead came up short in their chase, after Captain Kieron Pollard opted to bowl upon winning the toss.

The Sri Lakans got going early as Pathum Nissanka and Kusal Perera put on a 42- run first wicket partnership in 5 overs. The partnership was broken by a masterful caught and bowl from Andre Russell, to remove Perera for 29 from 21.

Nissanka (51) persisted and reached his half century in 40 balls before being sent back to the dugout by Dwayne Bravo.

The opening pair of Evin Lewis and Chris Gayle were less than effective in the chase, making 9 runs between themselves. In at three, Nicholas Pooran started the fireworks, but at the other end Roston Chase went cheaply for 9 from 8 balls.

Without a doubt, the Shimron Hetmyer show prevailed amidst the falling wickets as the Guyanese eight 4’s and four 6’s for a solid 81 from 56.

In the end, Hetty’s heroics weren’t enough for the Caribbean side to secure the much needed two points, as the Men in Maroon fell 20 runs short of their total.

West Indies’ next and final T20 World Cup 2022 game will come on Saturday, November 6, against Australia.