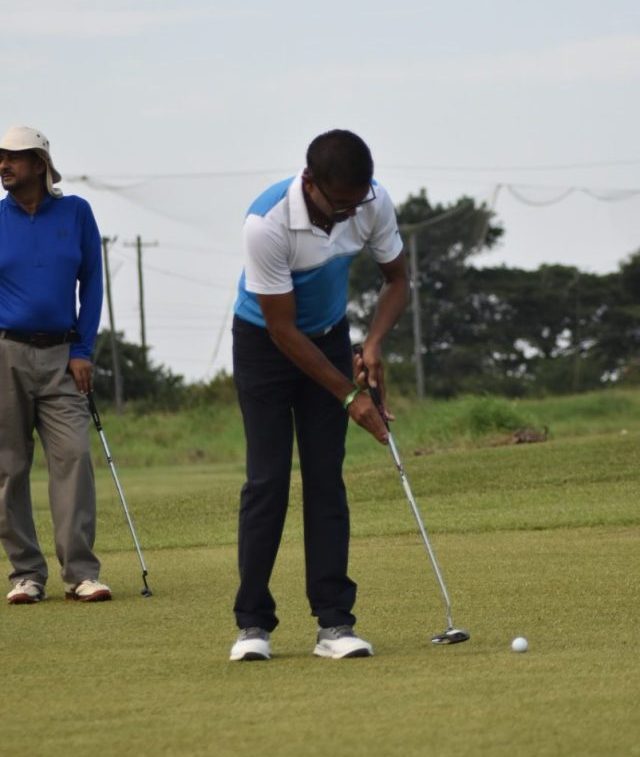 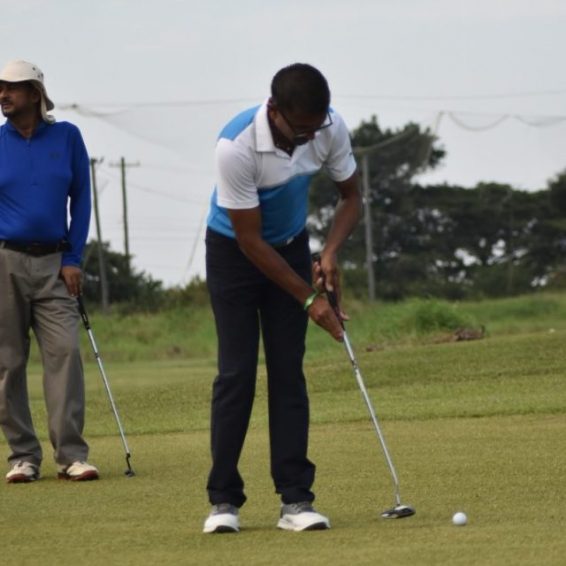 Day 1 of GTT Guyana Open off to a bang

The excitement in the air was most electrifying on Day 1 of the GTT Guyana Open as many of Guyana’s top golfers, as well as participants from around the world, competed for a spot to lead the charts heading into Day 2.

The action unfolded today at 06:20H. The weather, while gloomy, showed some favour to the golfers as many hoped that mother nature would hold her hand and allow a smooth day of golf.

The results from today’s play were as follows:

Sharing his thoughts at the end of Day 1 was LGC Vice President, Paton George, who said, “The condition led to good scoring, as a result we saw a record-breaking net score of 57. All in all, it was a great day of golf, the course is in excellent condition as the vibes were all positive. We had a total of 73 players and a good afternoon and an excellent experience as we had a great diversity of players such as those from Gambia, Zimbabwe, and Kenya just to name a few. Day 2 is building to be very exciting and unpredictable as 10-time champion Avinash Persaud is trailing and Aavinda Kishore is in the lead, so its going to be a very interesting day”

Local golfers were eager for some action as the rains had flooded the course at one; not to mention the ongoing pandemic, which had curtailed play for months.

Nevertheless, the LGC committee pressed on, and as promised Guyana’s Premier golf tournament has completed its first day

The Day 2 action will tee off at 06:00 AM on Sunday as many will fight to either maintain their lead or surpass the leader in their bid to be crowned the Champion of the GTT Guyana Open 2021.