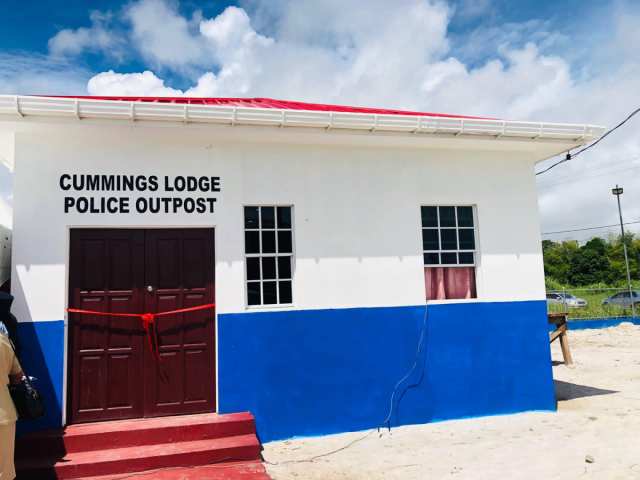 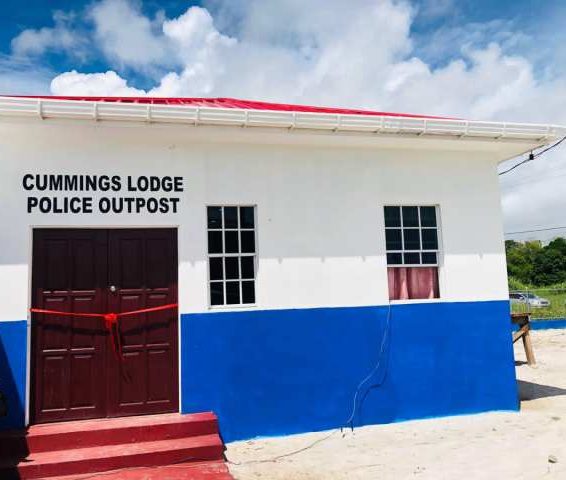 Residents of the Cummings Lodge New Housing Scheme, Greater Georgetown, will feel much safer now with the commissioning of a new Police Outpost in the community.

The outpost will serve the residents of the Cummings Lodge and Sophia area and will be supported by the Turkeyen Police Station.

The new outpost will aid in the prevention and mitigation of crime and violence in the area and further re-enforce the Ministry’s commitment to providing safer and more secure communities.

Officials and residents of Cummings Lodge

Minister Benn expressed his heartfelt gratitude to Minister Croal for the significant gesture and looks forward to future collaborations. In fact, the Housing Minister disclosed that he will soon be handing over another Police Outpost in the Providence/ Mocha Area on the East Bank of Demerara. 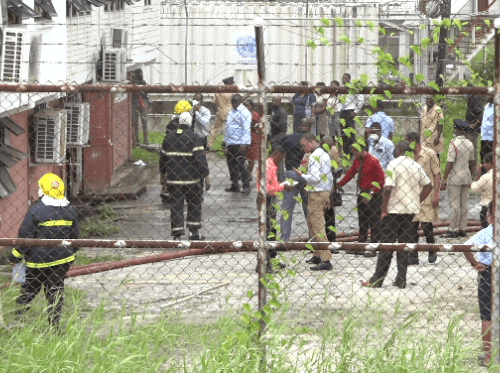 The modernised outpost will present a more public-friendly setting.

“Our police station must safe and welcoming for persons in the community even for the perpetrators,” Minister Benn stated.