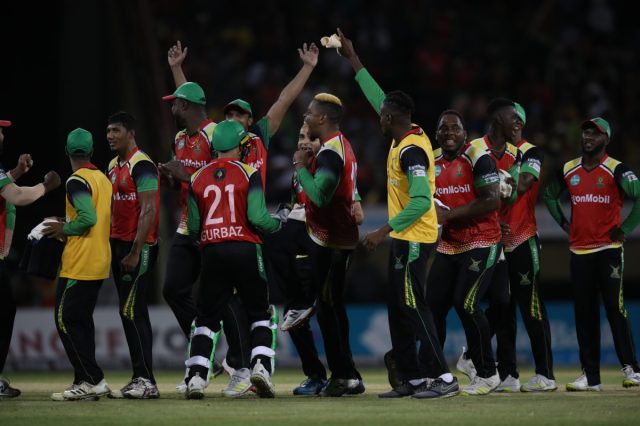 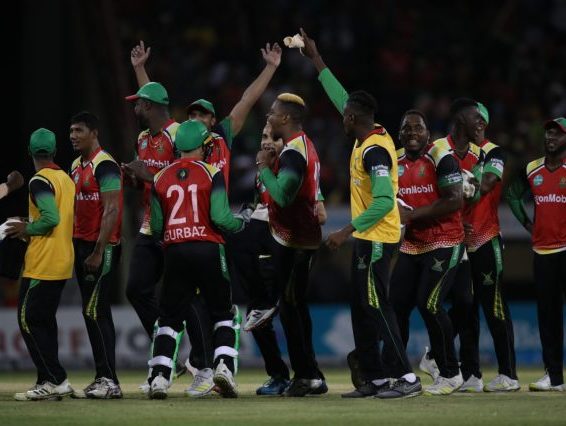 The Guyana Amazon Warriors have secured a playoff spot for the 2022 Hero Caribbean Premier League with a thumping win against Trinbago Knight Riders in Match 28, played at the Guyana National Stadium at Providence, EBD.

Warriors won the game by 37 runs, after posting a competitive 173-6 in 20 overs, while the TKR bowed out of the CPL after posting 136 all out in their innings. This is the first time in CPL history that four-time champions TKR have not secured themselves a playoff spot.

In pursuit of the GAW target, TKR openers Tim Seifert and Colin Munro added 32 runs in 4.4 overs. Shakib trapped Seifert for 13 from 17 balls, as the Kiwi batsman continued to score this season at a strike-rate below 100. Munro, the other Kiwi, showed more dominance in his stroke-play, and was joined by pinch hitter Samit Patel.

The duo took TKR to 47-1 in the powerplay, but the Warriors kept things tight, with Tahir running towards the grass mound after removing Munro for 30, when he was caught at 68-2 in 9.5 overs. The out-of-form Nicholas Pooran was unlucky, as he was run out for one, but Captain Pollard entered the crease and slammed a six off his first ball against Tahir.

The fans were not welcoming towards Pollard, as he was booed, but the big man stood tall as usual. Patel played his role when he struck 34 from 27 balls in an innings that included three fours and one six before being caught by Gurbaz as he top-edged one of Odean Smith’s heat rocks.

At 91-4 in 13.1 overs, it was a tall ask for TKR to overtake the GAW score, but with Andre Russell joining Pollard, TKR fans still had hope. After 14.3 overs, TKR reached the 100-run mark, but Pollard was troubled by the accurate Motie, and was eventually stumped for 13 runs from 16 balls by the same Motie.

Providence erupted in rapturous joy! The Red Stand, in which President Dr Irfaan Ali was, danced away as the Warriors now held the upper hand. Russell was removed by Shakib for 12, and that was all she wrote for TKR.

Shakib was the star in a collective effort, ending with 3-20 from four overs. Tahir had 2-31 in a top bowling effort from GAW.

Earlier, TKR won the toss and opted to bowl first. It was an eventful first over bowled by left-arm seamer Shaaron Lewis, featuring a leg-before decision that was overturned by Gurbaz, and a dropped catch by Pooran off the blade of Chandrapaul Hemraj. However, the final ball went to the boundary, as Hemraj opened his account with a classy cover drive.

In the next over, Hemraj was trapped for four upon review off the veteran Ravi Rampaul. Shai Hope joined Rahmanullah Gurbaz, and the duo took Warriors to 49-1 in the powerplay.

Hope and Gurbaz added 50 runs for the second wicket. Gurbaz, the pocket-rocket from Afghanistan, was in full flow, and the packed Providence was rocking, while Hope had a slow start. The Barbadian eventually held out to long-on and was caught for 14 from 19 balls off the bowling of left-arm spinner Samit Patel. 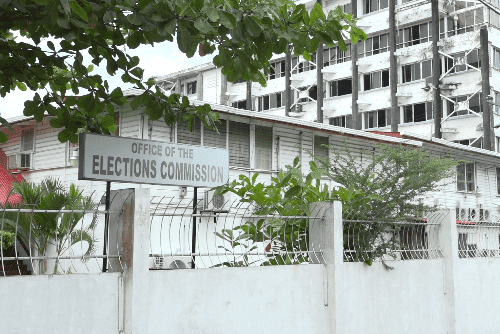 At 56-2, Shakib joined Gurbaz, and Warriors reached 74-2 at the half-way stage. Gurbaz reached his second fifty in as many matches from 35 balls at that stage, after slamming five thumping sixes, and Shakib then took Patel to the cleaners, smashing three fours in the 12th over. After 13.4 overs, Warriors broke the 100-run barrier, with Shakib and Gurbaz showing their class. After a blazing 60-run stand between the international stars, Gurbaz fell for a well-played 60 from 42 balls, decorated with six maximums, after being caught at forward square-leg.

The Providence Stadium was sold out for the big clash

At 116-3, Romario Shepherd joined Shakib, but Sunil Narine, who was not introduced until the 11th over, send back Shakib at 121-4 in 15.2 overs. The Bangladeshi star was out stumped for a promising 35 from 24 balls, including four fours and one six.

Hetmyer then came to the crease later than usual, with Narine in operation and matchups playing a big role. Shepherd, struggling to time the ball to perfection, made six and departed with the score at 132-5 in 17.2 overs.

However, in the penultimate over, Hetmyer and Odean Smith took on the inexperienced left-arm seamer Shaaron Lewis for 17 runs.