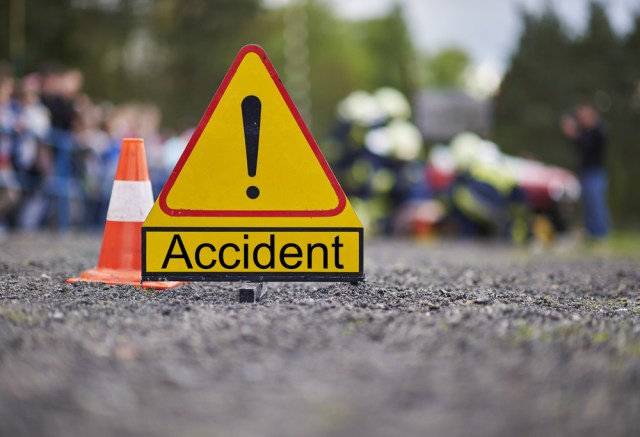 A Police Constable is hospitalised with a fractured leg after he swerved his motorcycle from hitting a truck but ended up colliding with a car on the Corentyne Public Road, Region Six.

The incident occurred sometime around 09:15h on Friday on the Chesney Public Road, Corentyne, Berbice.

The injured cop has been identified as Constable Gavin Seecharan, 27, of Angoy’s Avenue, New Amsterdam.

Police reports revealed that Seecharan was proceeding east along the northern drive lane at a fast rate of speed, while the truck was heading in the opposite direction ahead of a hire car.

According to reports, the truck suddenly turned right onto the northern drive lane into the path of the motorcyclist.

This caused the motorcyclist to swerve south to avoid a collision but collided into the front right side portion of the hire car which was proceeding west.

As a result of the collision, the motorcyclist fell onto the road surface and sustained injuries about his body. He was picked up in a conscious condition by both drivers and taken to New Amsterdam Public Hospital where he was seen and examined by a doctor on duty who treated him for a fractured left leg and sent him away about 13:10hrs.

About 15:40hrs he subsequently returned to the said hospital complaining of pains about his body and was further seen and examined by a doctor on duty who admitted him a patient in a stable condition.

Both drivers have been arrested after breathalyzer tests returned zero readings.

Further enquiries are in progress.