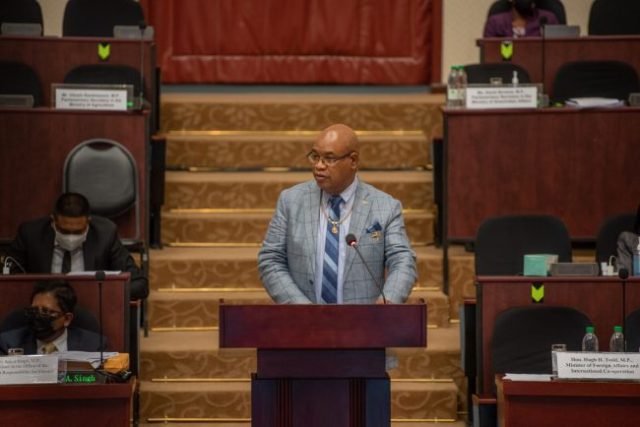 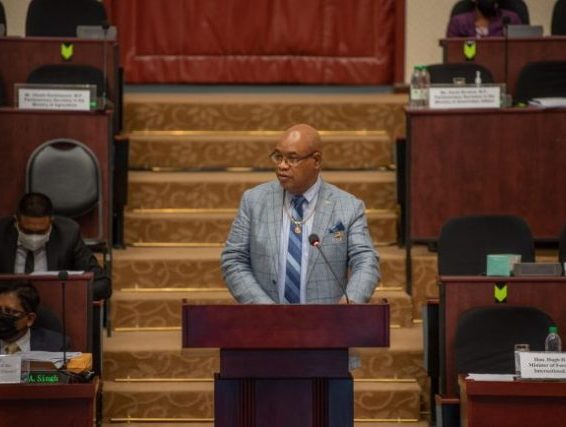 Contracts for $11.6B Ogle-to-Diamond Road, $38B Linden-to-Mabura Road to be signed soon

Contracts for the construction of the Linden to Mabura Hill and Ogle to Diamond roads will be signed very soon, according to Minister of Public Works Bishop Juan Edghill.

Minister Edghill made the announcement at the Ministry’s end-of-year press conference on Monday.

The $38 billion Linden to Mabura Hill Road is still in the procurement stage, engaging the Caribbean Development Bank (CDB).

“We hope to have that concluded in a matter of weeks,” the Minister said. This project will see the upgrading to the 121 kilometres roadway which will help to improve connectivity between Guyana’s hinterland and the coast. The road is expected to be upgraded from a fair-weather road to an all-weather asphalt concrete one and would include new drainage infrastructure with enhanced capacity to mitigate the effects of flooding.

The road is also expected to create conditions for local and long-haul transport which can increase trade between Guyana and Brazil. Along with the improved road network, residents in the remote communities along the Linden to Mabura Hill corridor will see immediate benefits from improved access to basic essential services and an expansion in economic activity. The project is also expected to bolster eco-tourism along the corridor by improving access to several nature reserves, such as the Iwokrama Rainforest.

Meanwhile, the contract for the $11.6 billion Ogle to Diamond bypass road, which is funded by the Government of India will also be signed in the near future. The Public Works Minister said that is also at its final procurement stages in terms of its evaluation and preparation for an award of contract.

“I would like to assure you that contracts for both of these projects will be signed before the conclusion of the first quarter of 2022, and works begin to advance,” the Minister declared.

This project entails constructing 7.8 kilometres of a four-lane road, each lane 3.6 metres wide and a median. It also includes concrete drains, sidewalks and a utility corridor along the length of the road. Additionally, a two-lane connector road will be constructed at Eccles-Haags Bosch. This road will also be of asphaltic concrete. Minor bridges and culverts are to be constructed along the connector.

The bypass project will see a total of 26 kilometres of road constructed, linking two of the country’s main thoroughfares. This new road link will also be connected to key communities in Georgetown and along the East Bank of Demerara. These include Diamond, Mocha and Eccles – all on the East Bank – and Aubrey Barker Road in Georgetown. These connections will prove crucial in diverting traffic.