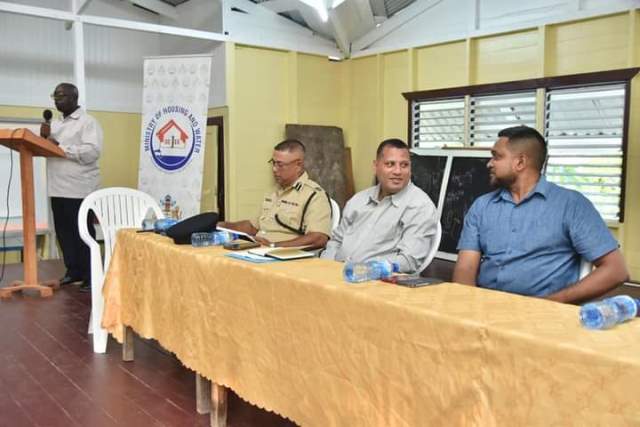 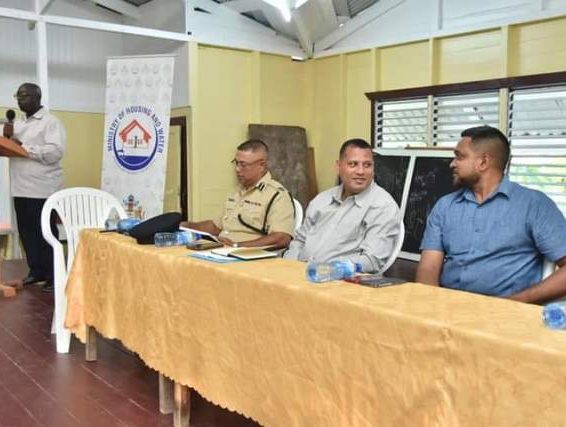 Construction of homes for Annandale squatters expected to begin next month

2 weeks ago·1 min read
ShareTweetPinShare
Home
Local News
Construction of homes for Annandale squatters expected to begin next month
The content originally appeared on: INews Guyana
Ministers of Housing and Local Government Collin Croal and Nigel Dharamlall during the outreach

Home construction for fifteen informal settlers at Annandale North, East Coast Demerara is expected to begin in the coming weeks.

This announcement was made by Minister of Housing and Water, Collin D Croal during a community meeting at the Annandale Primary School on Monday.

Minister of Local Government and Regional Development, Nigel Dharamlall; Commander of Regional Police Division 4 ‘C’, Mr. Khali Pareshram; Director of Community Development at the Central Housing & Planning Authority (CHPA), Mr. Gladwin Charles; and several other senior government officials were also present at the meeting, which was a follow-up to a recent visit by His Excellency Dr. Mohamed Irfaan Ali.

The fifteen families have been occupying fourteen structures on the sea defense reserve. This poses a threat to both the squatters and their community. The government has since offered low-income homes to each family.

Minister Croal noted that the inventory and house lot registration process commenced on Saturday through CHPA and urged the families to be cooperative, as the agency aims to wrap up this process in the next week.

He emphasised that the relocation will ultimately improve the quality of life for the squatters.

Construction of the low-income units is expected to start in October and be completed in approximately three months. 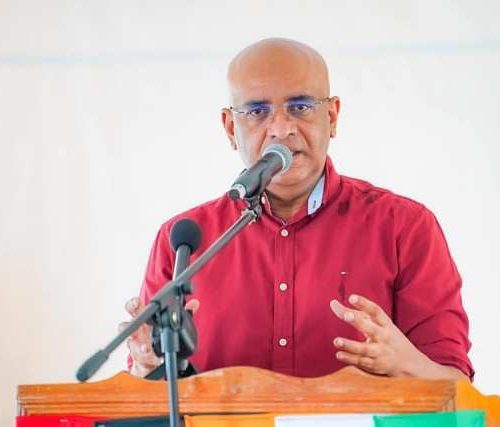 As part of infrastructure development, the Minister stated that all roads in the area will be rehabilitated by the Ministry of Housing & Water – Central Housing and Planning Authority, Ministry of Public Works and the Ministry of Local Government and Regional Development.

Moreover, to improve security in the community, installation of street lights at critical points will commence by Wednesday through CHPA. Commander Pareshram will also be working closely with residents to find a strategic location for a police outpost.

Through collaboration with the Ministry of Local Government and Regional Development and Ministry of Culture Youth and Sport, the community’s playground will also benefit from significant upgrades; and works for the improvement of the drainage and irrigation system are expected to start soon.