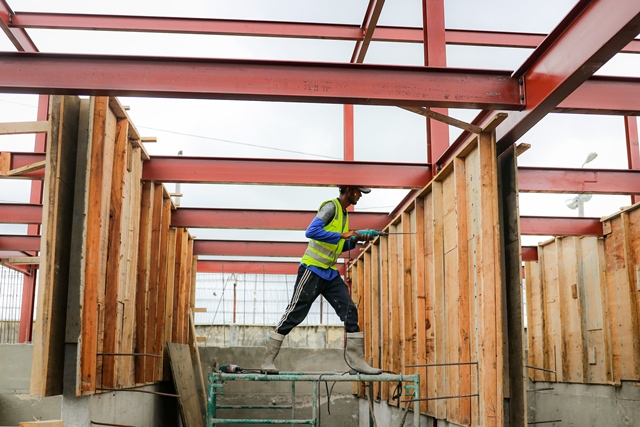 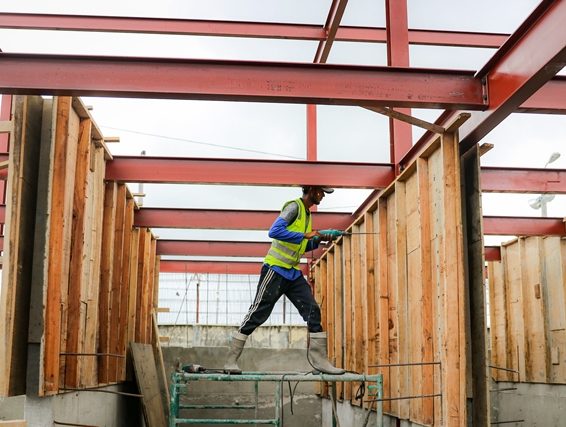 The construction of the new Lusignan Prison is on track for its February 2022 deadline Director of Prisons (ag) Nicklon Elliot, informed after leading members of the media on a tour of the facility on Wednesday.

The $1.2 billion facility is 25 per cent completed, and is a commitment of the PPP/C Administration, following destruction of sections of the Georgetown and the old Lusignan prisons. Upon completion, the facility will also address the current overcrowding in the prisons.

The Prison Director said unlike the other facilities, the new structure will have installed fire prevention features.

“These three facilities will house a fire suppression system, will have access to adequate water. Prisoners will be living in the dormitory style setting, where they will be housed with bed and mattresses unlike the holding bay facility where that is not happening at the moment. So, the facility will be one which is modern in keeping with those specifications.”

Apart from providing comfortable conditions for inmates, the new prison will also focus on their rehabilitation.

Recently, Minister of Home Affairs, Robeson Benn, MP, said government is devising a programme titled ‘A Fresh Start’ that aims to provide inmates with the requisite skills for their reintegration into society.

The Prison Director disclosed that when the male inmates are relocated from the holding bay which houses about 200 prisoners to the new facility, the female prisoners from New Amsterdam will be housed in the old structure.

The three facilities are being constructed by Mohamed’s Construction and Real Estate Agency, M&P Investment and Nabi Construction Inc.