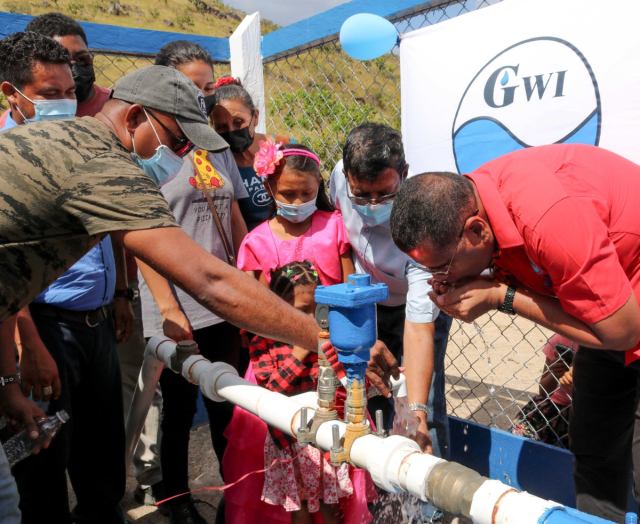 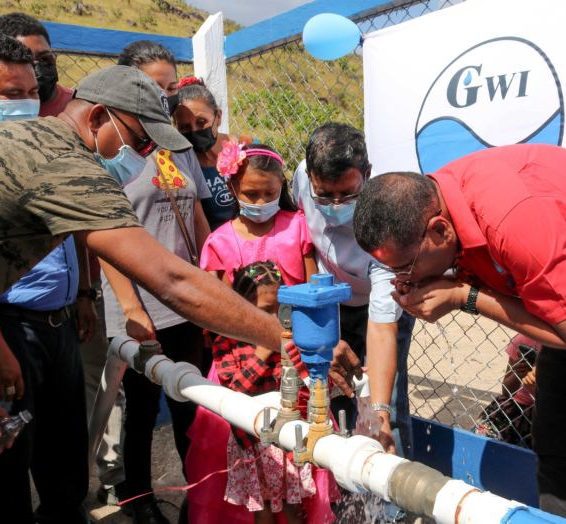 A new $7 Million water supply system was on Saturday, October 30 commissioned by Minister of Housing and Water Hon. Collin Croal, in the community of Toka, Region 9.

During the simple commissioning ceremony, Minister Croal informed the Toka residents that government, through GWI, has been investing heavily to improve the livelihoods of citizens countrywide.

The Minister highlighted that in Region 9 alone, GYD $100.8 million is being expended, GYD $32 million of which is being spent on projects in the North Rupununi that would improve water supply services there. These investments include the purchase of an additional drilling rig to be used in the hinterland and water testing devices, among many other things.

The Housing and Water Minister also disclosed that additional funding is being sought to realize government’s 2021-2025 vision for water, which includes an in-depth strategy and analysis of the hinterland to adequately provide for their needs.

Minister Croal announced that GWI and the Ministry of Amerindian Affairs will soon sign a memorandum of understanding that speaks to training Community Service Officers throughout the hinterland, to monitor and maintain the water systems in a timely manner.

Mr. Baksh said the realization of this new well is as a result of the implementation of modern technology, following eight failed attempts in the past years. The CEO applauded GWI’s Hinterland Team for being able to successfully identify the current location for the well using geophysical logging and to drill at a depth of 88 meters. He noted that the capacity to drill wells using in-house skills has resulted in many returns on investment within a shorter turnaround time and at a fraction of the cost to outsource.

Residents of Toka at the commissioning ceremony on Saturday

The water supply system was completed in July 2021 and was handed over to the Village Council along with tools and spare fittings for its maintenance. Toka, located in the North Rupununi, has a population of approximately 300.

The project was executed by GWI in collaboration and the Toka Village Council and was funded by the Government of Guyana. It also saw the installation of 270 lengths of 50mm pipelines, standpipes, solar panels, construction of a perimeter fence, Installation of a submersible pump, well discharge and construction of a reinforced concrete base to support two 650 Gallon and two 450 Gallon Tuff Tanks.

Previously, this community received water from an aged hand-dug well which was in a deplorable state after it had collapsed.

GWI has also provided additional pipes for the Village Council to extend the water supply system.

Also present at the commissioning ceremony were Region 9 Chairman, Mr. Brian Allicock and Toka Toshao, Mr. Micah Davis. They both welcomed the establishment of the system and thanked GWI and government for seeing the project to completion.

Minister Croal handing over sporting gear to the community

GWI also used the opportunity to hand over some sporting gear, including balls and bats, to the community.

Prior to the commissioning, the Minister and team visited the community of Annai to update them on water improvement works ongoing there and to listen to residents’ concerns.