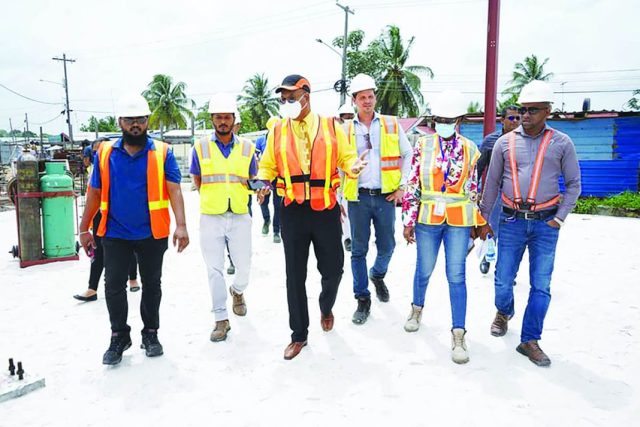 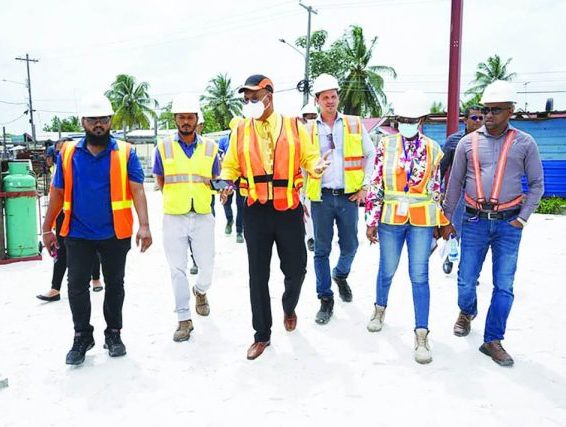 Ongoing works at the Cheddi Jagan International Airport (CJIA) are on schedule for the intended completion date this month.

Public Works Minister Juan Edghill provided an update on the current works at the airport on Monday, as well as what has been completed by China Harbour Engineering Company.

Earlier this year, it was announced that the new completion date would be June 2022.

“China Harbour was contracted based upon the addendum to put in place the super-structure. That is already in place. What we have now is the local contractor that is retrofitting and ensure we have the concession area. That was not their obligation. It was our obligation… They have completed their obligation. As it relates to the corridors, sometime before the end of the month or just after the ending of the month, we will do a walk-through,” he informed.

The CJIA Modernisation Project was supposed to have been completed on December 31, 2018, under the former A Partnership for National Unity/Alliance For Change (APNU/AFC) Government.

The former Administration had settled for a downsized design while paying more than the allocated US$150 million. Some US$138 million of the allocated costs was funded by the EXIM (Export-Import) Bank of China, while US$12 million was spent by the Guyana Government. It was not expected to surpass that sum, but Guyana had to stand additional expenses.

The CJIA, in its downgraded design expansion, had four less air passenger boarding bridges for arrivals and departures than the initial eight. There was also a 450-seat departure area, escalators, and elevators, in addition to an incomplete extended runway which was supposed to measure 400 and 690 metres at the respective ends.

An old terminal building that was marked for cargo was revamped, and only one of the new sections was built. Inspections revealed that a new apron that was supposed to support the additional four air bridges was non-existent. There is also no space for enough duty-free shops, restaurants, car rentals, and other facilities. 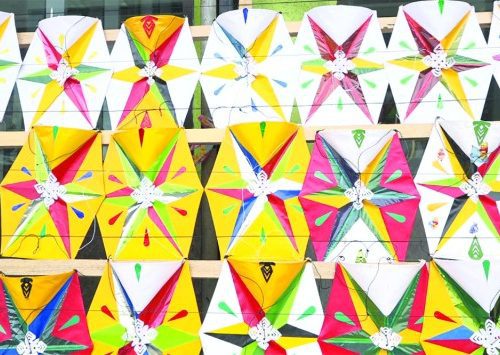 When this Administration entered office, several delays had resulted in CHEC requesting additional time to get the works completed. There was a list of 71 critical works and a master list of 1500 works that were incomplete. As of January 2021, however, all critical works were completed. The additional work amounted to US$9 million.

Last year, a $513.3 million contract was also signed with construction company CALCO for the construction of a new building attached to CJIA’s terminal building which will house a conference room, offices for the airlines and the other support agencies as well as storage bonds for the duty-free shops and concessionaires.

Total Solutions was awarded a $400 million contract for the supply of two air bridges for the CJIA expansion project. Edghill explained that these funds are Government monies.