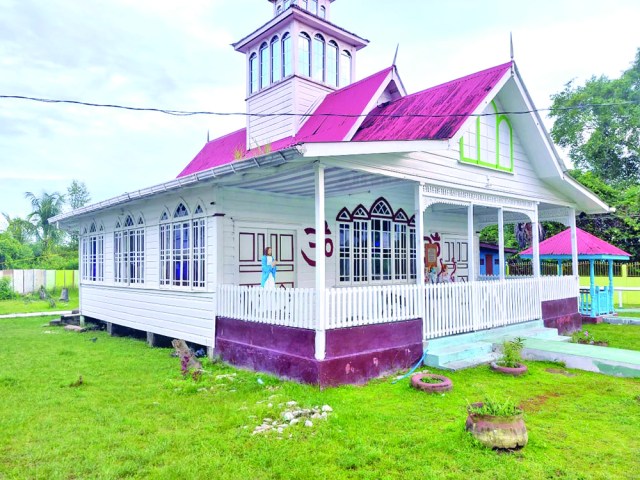 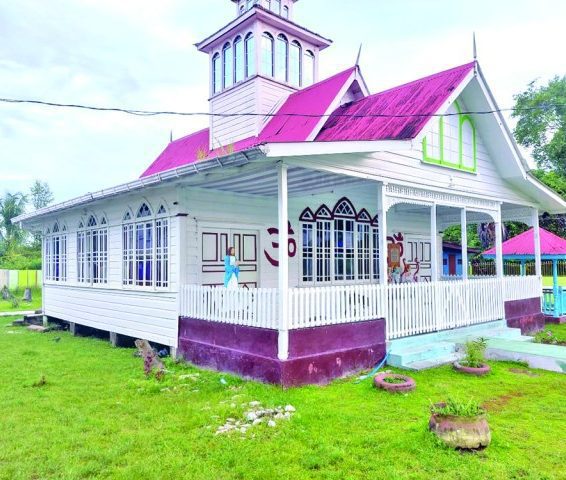 Church, Mandir, Masjid housed in one building in Berbice

3 weeks ago·2 min read
ShareTweetPinShare
Home
Local News
Church, Mandir, Masjid housed in one building in Berbice
The content originally appeared on: INews Guyana
The Dharm Shala in New Amsterdam accommodates a church, a mandir and a masjid in one building

Adherents of the three major religions in Guyana: Christianity, Hinduism and Islam, occasionally come together to pray at certain functions, but it is most unusual for them to be heard worshipping in the same building every day.

In Region Six (East Berbice/ Corentyne), however, there stands a building which caters for the adherents of all three religions to engage in worship under one roof. The Dharm Shala (shelter, or rest house) situated in the town of New Amsterdam is that building.

Founded in 1941 by the late Pandit Ramsaroop Maharaj, who had a vision to alleviate the needs of the poor, sick, and destitute in what was then British Guiana, this building was initially used as a school for children in the community before eventually becoming a place where adherents of the three major religions could engage in worship.

Sai Suraj Narain of the Sri Sathya Sai organisation told this publication that the building was constructed to cater for the elderly, among others. Narain said that to facilitate the residents at their various places of worship would have been a challenge, so the plan was conceived to construct the building and divide it into sections for worship.

“We believe there is one God; it is just a different culture between the Muslims, Hindus and Christians. So, we embrace all three,” he explained. 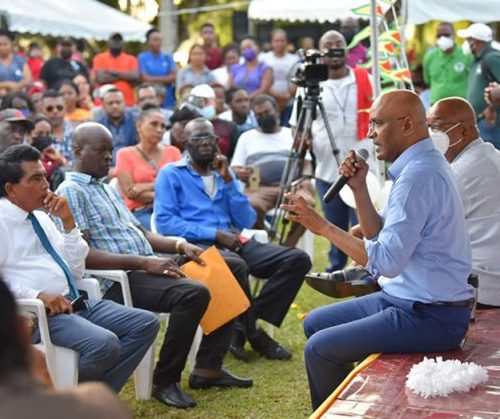 Caretaker Akeeza Jones explained that, apart from the homeless, the institution houses people who have been discharged from the National Psychiatric Hospital and are not being accepted by their families, along with persons who suffer from disabilities.

Jones said the building which is now being used for worship was once used solely as a mandir, but it has been tailored to accommodate other religions.

“At this home, we have a lot of sick people, and it is very hard to…get them to go to their different places of worship, so all of them come here…,” she explained. “We have had people coming from all around the country to visit, and they are very pleased with what we are doing and how we are doing it,” Jones said.

All Guyanese are being called on to live in unity and love, because nothing bridges a divide, Jones explained.