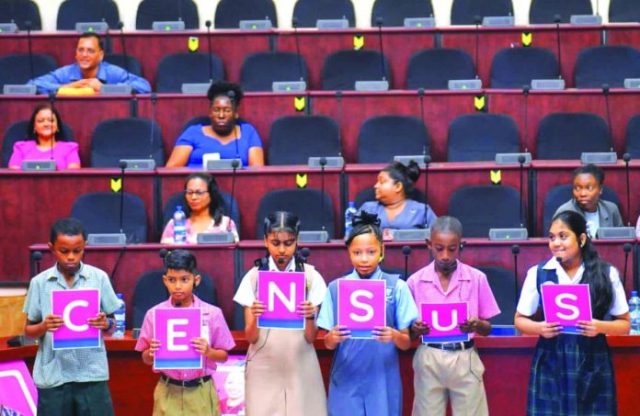 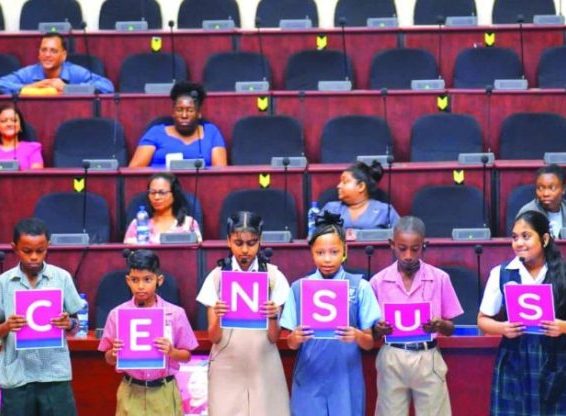 Census is a tool for national development – Pres Ali

“Much larger than just the collection of data” is how President Dr Irfaan Ali described the upcoming National Housing and Population Census of 2022.

At the official launch ceremony at the Arthur Chung Conference Centre (ACCC) on Wednesday, President Ali delivered the feature address where he emphasised the importance of this activity in national development planning.

“It’s not just someone coming with a sheet of paper collecting data and that is the end of it…this is really the future,” the Guyanese Head of State explained.

The Population and Housing Census is Guyana’s largest national data collection exercise, which is conducted every 10 years.

During the census exercise, enumerators (census field staff) visit every household in every part of the country to administer the questionnaires that are used to collect social, demographic and economic data on the population such as population size, age structure, educational attainment, labour force, and housing.

In his remarks, President Ali pointed out how data from the census would assist in guiding the Government in the development of policies to address a wide variety of issues affecting the country.

President Dr. Irfaan Ali at the launch of the national census

“If, in the census, the data shows us that 70 per cent of our graduates are coming out in a particular area, but the country requires persons with this skillset in a different area, how then do we ensure that the policies create the incentive to create that shift in where the labour is focused…The census would not give us a labour market information system, but the census would give us a gateway through which we can formulate [that system] to meet our national development priorities,” he explained.

The data generated from the census, President Ali further explained, helps Government in identifying various gaps in society that may require specific intervention.

Similar points were emphasised by Senior Minister with responsibility for Finance, Dr Ashni Singh, who highlighted that all the developmental projects being undertaken by the Government were not randomly determined, but rather were based on data generated from previous censuses.

He also highlighted that the 2022 Census was being undertaken at a critical point in the country’s history.

“Census 2022 will allow us to accumulate a comprehensive snapshot of our country, of our population, of our building and housing stock, etc.…[that] will form the basis of analysis that will determine policies that will literally shape the face of our country for generations to come…,” Dr Singh expressed.

“This is not by any measure a trivial exercise and particularly given the incredibly exciting changes that are happening in our country today, new and emerging industries, new and emerging job types, new and emerging skills that people need for their place of work, this census, notwithstanding that it comes in the automatic 10-year cycle… has special significance, because it comes at a time when our country is going through an historic and an unprecedented change,” he added.

The enumerators who have to execute this “monumental task” were encouraged by both the President and the Finance Minister to diligently conduct the exercise and ensure that every household was counted.

Residents were urged to fully cooperate and be truthful with the census takers, keeping in mind that the data generated from this census was directly linked to their development. 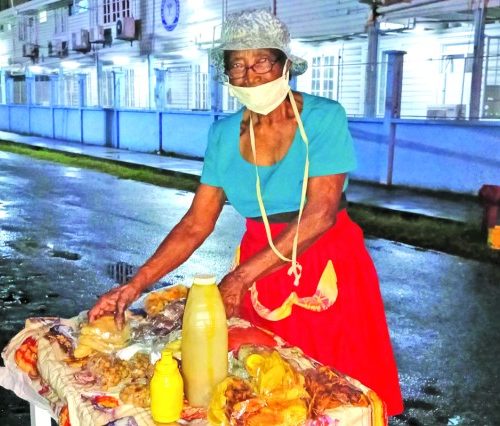 Outside GPHC: Granny’s snacks attract many

As expressed by the Chief Statistician and Census Officer at the Bureau of Statistics, Errol La Cruez during his opening remarks, “even the most basic product which is the true population count is used as the benchmark and common denominator for assessing and tracking development”.

This year’s census includes more lines of questioning such as food security and for the first time ever, data will be collected digitally by the enumerators.

September 15 has been declared Census Day and the activity is expected to last for some eight weeks, according to La Cruez.

In addition to taking stock of the persons present in the country, he noted that the enumerators were responsible for counting members of a household who, at the time of the census, were out of the jurisdiction.

The public education and information campaign for this census cycle is being conducted under the theme: “We countin’ We”.

On August 8, 2022, the National Assembly approved supplemental funding of $2 billion to aid in the execution of the census.