CDC monitoring flooding across the country as heavy rainfall continues

3 days ago·1 min read
ShareTweetPinShare
Home
Local News
CDC monitoring flooding across the country as heavy rainfall continues
The content originally appeared on: INews Guyana
Floodwaters in the compound of the St Sidwell’s Church in Georgetown on November 22, 2022

The Civil Defence Commission (CDC) has received several reports of flood impacts along the coastland of Guyana. Thus far, confirmed inundation has occurred in Regions 2, 3 and 4.

The Charity Squatting Area in Region 2 (Pomeroon-Supenaam) has declared that flood waters have risen to at least one inch due to heavy rainfall. However, the trenches and drains have since been cleared and there is continuous monitoring of all operational sluices and pumps by the Neighbourhood Democratic Council (NDC).

In Region 3 (Essequibo Islands-West Demerara), Crane Phase 1 and 2 have seen flood impacts. Residents reported that water levels have risen to at least 4 inches in some parts.

Canal Numbers 1 and 2 have also been affected with at least 2 inches of water on farmlands and 1 inch of water on low house lots. The National Drainage and Irrigation Authority (NDIA) is working feverishly to clear all drains and waterways so as to facilitate water run-off.

Several areas in Region 4 (Demerara-Mahaica) have been impacted over the last few days but reports indicate that flood waters are receding consistently. Communities in Georgetown, the Eastern Bank of the Demerara River and the Eastern Coast of Demerara have been inundated but the close monitoring of the pumps and kokers has alleviated the situation somewhat. 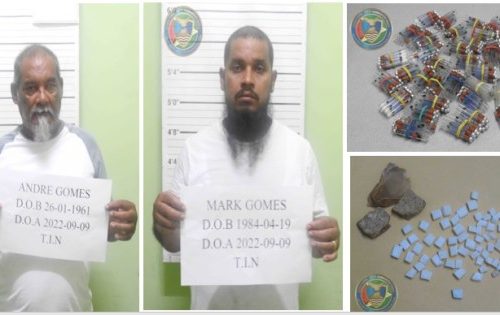 The National Task Force on Flood Monitoring is engaging all relevant stakeholders and, through the CDC, the Task Force is prepared to mobilize assistance to any part of the nation.

Persons are encouraged to remain vigilant and cautious during this period and to report any impacts to local authorities or the National Emergency Monitoring System (NEMS) on 600-7500 or 226-1114 at any time.