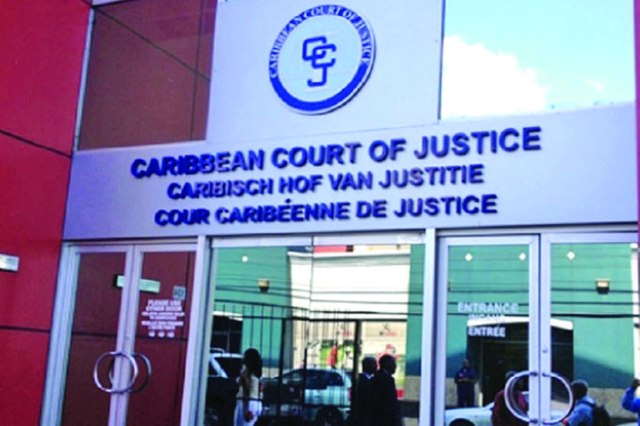 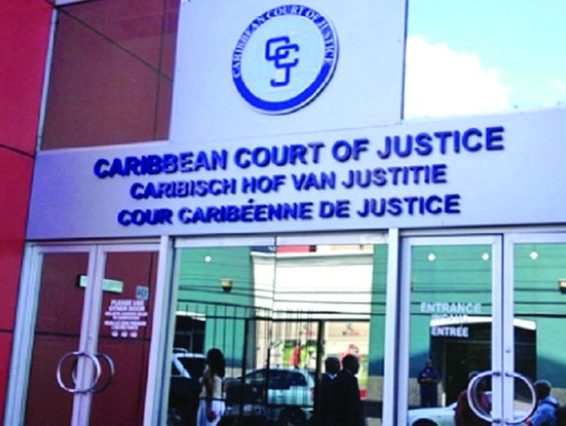 In a ruling delivered on Wednesday, the Trinidad-based Caribbean Court of Justice (CCJ) has ordered the Guyana Geology and Mines Commission (GGMC) to grant a quarry licence to Diamond Quarry Incorporated for quarry operations on 848 acres of land at Monkey Jump, Region 10 (Upper Demerara-Berbice).

The CCJ found that GGMC — the statutory body with the power to grant and renew quarry licences — acted unlawfully when it subdivided the said land between Diamond Quarry and Baracara Quarries.

On March 28, 2014, Diamond Quarry applied for a quarry licence pursuant to section 89 of the Mining Act in respect of the aforesaid acres of land. Prior to the application, the regional court explained, Diamond Quarry did the necessary research to satisfy itself that the land applied for was not legally held or applied for by anyone. On July 19, 2014, GGMC surveyed the land, and on to September 15, 2014, issued a cease work order against

Baracara Quarries in respect of its occupation of a portion of the land at Monkey Jump for which Diamond Quarry had applied.

The Land Administration Manager of the GGMC represented to Diamond Quarry that its application would be processed as soon as the statutory documentation was submitted and verified. On September 14, 2014, GGMC published in the Official Gazette a Notice of Intention to grant a quarry licence to Diamond Quarry. That notice required that any person claiming any right or interest in the area to be granted lodge with the Commission a petition objecting to the grant of the licence within 21 days after publication.

No one lodged an objection within 21 days, or at all, the CCJ noted. As such, on October 15, 2014, the Commission requested and was supplied with additional documents by Diamond Quarry to process its application.
Application

Diamond Quarry then challenged the GGMC decision in the High Court, alleging that its decision to subdivide the land was grossly unfair, discriminatory, and based on mala fides and favouritism.

Baracara Quarries was not a party to the High Court proceedings, but the Commission submitted an affidavit in answer sworn by its Land Administration Manager, alleging that a portion of the area for which Diamond Quarry had applied had been occupied and quarried by Baracara Quarries for several decades.

Then Chief Justice Ian Chang, on March 12, 2015, granted: (1) an order of certiorari directing the GGMC to quash the decision to subdivide the land for which Diamond Quarry had applied; (2) an order of mandamus directing the Commissioner to grant Diamond Quarry a quarry licence over the said land; and (3) an order of prohibition preventing the GGMC from granting a quarry licence or any other licence to any other person or corporate entity in respect of the said land.

However, GGMC appealed Justice Chang’s decision to the Court of Appeal of Guyana, and Baracara Quarries applied for and was granted leave to intervene. During those proceedings, Baracara Quarries deposed that it occupied the land applied for by the other company for over five decades; that the land was home to 12 of its employees; and that it had undertaken substantial infrastructural work on the land.

Baracara Quarries also deposed that in 2006 it made a Monkey Jump licence application, but that the publication was in error, in that the coordinates gazetted by the GGMC were different from that contained in its Monkey Jump licence application. The Court of Appeal dismissed the appeal and upheld the decision and orders of Justice Chang in all respects, except for the order that GGMC issue the licence to Diamond Quarry.

Instead, the Court of Appeal remitted the application to GGMC for its consideration according to law. However, the Court of Appeal made clear that Diamond Quarry was entitled to the licence as a matter of fact, and that Baracara Quarries had no legitimate expectation to the land.

Baracara Quarries did not appeal the decision of the appellate court. Rather, GGMC appealed to the CCJ against the entirety of the judgment of the Court of Appeal.
Diamond Quarry cross-appealed only that part of the Court of Appeal’s judgement relating to the decision to set aside the High Court’s order of mandamus directing the Commission to issue or grant it the licence.

Baracara Quarries did not enter an acknowledgment of service, and took no part in the proceedings before the CCJ. The regional court considered four issues, namely: (1) whether Baracara Quarries had applied for the same land for which Diamond Quarry had applied; (2) whether the Commission had made a decision to subdivide the land; (3) whether Diamond Quarry had a legitimate expectation to be issued a quarry licence; and (4) whether Diamond Quarry was entitled to an order of mandamus directing that a quarry licence be issued to it.

The CCJ held, first, that the 848 acres of land for which Diamond Quarry had applied to conduct quarrying operations had not been the subject of an application for a quarry licence by Baracara Quarries.

The CCJ said it appeared clear from documentary evidence proffered by GGMC that Baracara Quarries applied for 1200 acres in Monkey Jump, but that this was to the north of the 848 acres applied for by Diamond Quarry. 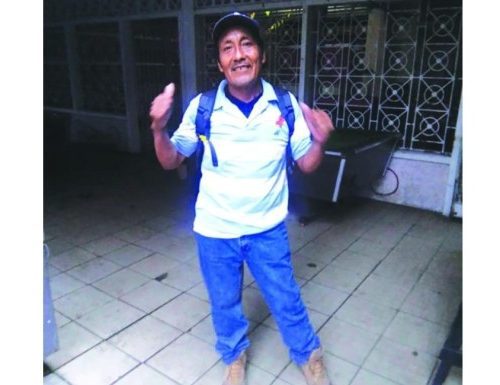 On the issue of subdivision, the CCJ concluded that even though this was an issue that would have benefited from cross-examination, there was enough evidence in the documents and surrounding circumstances to reach the determination that, on a balance of probability, GGMC had made the decision to subdivide, and that Diamond Quarry was always displeased with that decision.

The CCJ next considered the doctrine of substantive legitimate expectation. It held that where a public body gave an unambiguous assurance to a claimant that the claimant would enjoy the substance of an existing policy, it would be unfair to the claimant to allow the public body to change or abolish the policy, unless some overriding public interest was shown to justify the change.

In the present case, the apex court noted that Diamond Quarry had received the unequivocal assurance from the GGMC that its application had been favourably considered, and that the Notice of Intention to Grant the licence would be published. “That notice was published, and there was no objection to the grant of the licence by anyone, and no claims of public interest had been proffered to justify frustrating [Diamond Quarry’s] expectation that it would be granted the licence,” the CCJ emphasised.

Finally, the CCJ noted that a finding of a substantive legitimate expectation did not always warrant the grant of mandamus to give effect to that expectation. However, in cases where there was only one lawful outcome, it said a mandatory order could be given to require that result.

According to the CCJ, the course of conduct between the parties and the written assurance given by GGMC represented a clear and unambiguous promise from which the Commission could only resile for reason of some overriding public interest, and no such reason was presented.

In light of this, the regional court held that “the only lawful outcome was therefore the grant of the licence to [Diamond Quarry].”
Accordingly, the CCJ dismissed the GGMC’s appeal, upheld the cross-appeal, and issued consequential orders, one affirming the orders of Justice Chang, another reaffirming the costs orders made in the courts below; and a final order ordering the GGMC to pay Diamond Quarry the costs of the appeal.