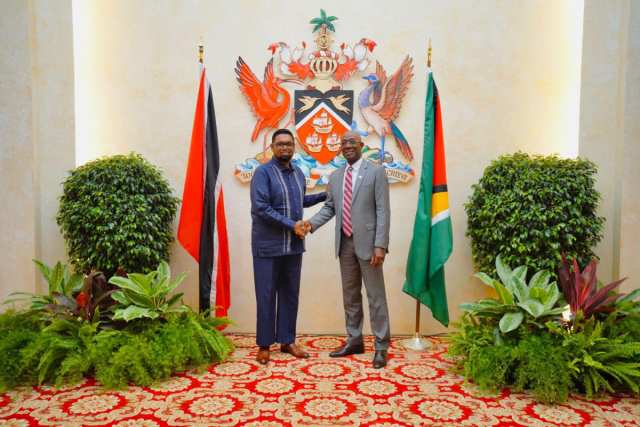 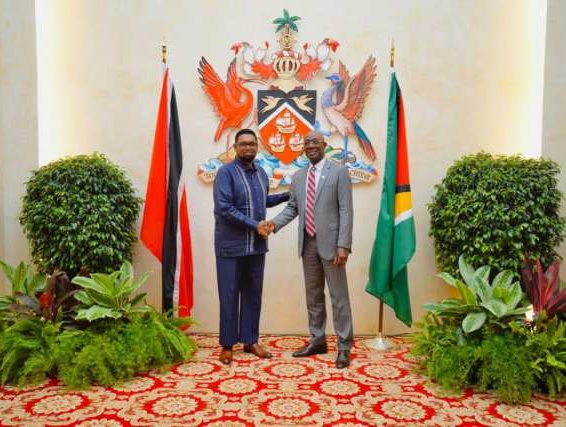 Non-tariff barriers have proven to be a significant hindrance to free trade within CARICOM countries, but efforts have been ongoing to remove all such barriers within the region.

President Irfaan Ali is leading a state visit to Trinidad and Tobago. In a joint press conference on Thursday with Prime Minister of Trinidad, Dr Keith Rowley, the two leaders updated on a series of discussions and progress that were made in areas of regional importance.

President Ali underscored that process has been made to return to true free trade in the region, with the Technical Task Force handling the removal of all non-tariff barriers.

According to the Trinidadian Prime Minister, the COVID-19 pandemic and Ukranian war have painted the importance of resolving barriers that have been affecting trade in the region.

In relation to the non-tariff barriers, Rowley said this has been a prevalent issue throughout CARICOM and hinders the CARICOM Single Market and Economy (CSME) mechanism.

Focal points of this Guyana-Trinidad engagement have been energy, agriculture, tourism and youth development.

Carrying a strong agenda to slash the food import bill and drive agriculture in the region, the idea is to disrupt the model of relying on imported goods. 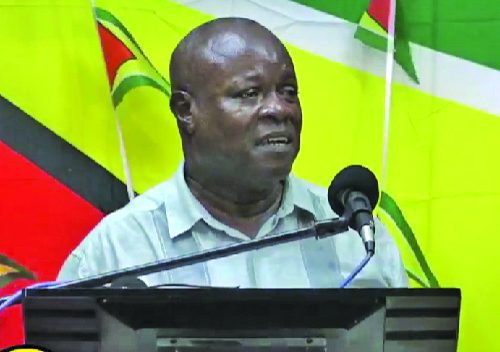 However, Dr Ali said while it might appear as a disruption, this is not the case. In fact, he said distributors must be part of the process.

Guyana has committed to sending 5,000 coconut plants to Trinidad, as the nation has faced devastation to this resource in recent years. Additionally, shade houses for vegetable production will also be available for the twin-island republic.

President Ali and First Lady Arya Ali, along with their son, arrived in Port-of-Spain on Wednesday afternoon. President Ali was welcomed by acting President of Trinidad and Tobago, Christine Kangaloo, and with a 21-gun salute, after which he was invited to inspect the Guard of Honour.