How To Transport Your Car To The Caribbean

The Future Of Caribbean Money Is In The Spotlight

How The Caribbean Is Fast Becoming An Ecommerce Hub 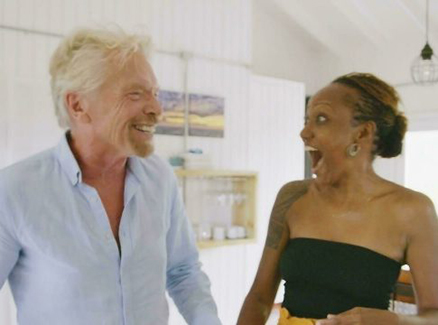 6 days ago·5 min read
ShareTweetPinShare
Home
Business News
Caribbean Business News Round-Up
The content originally appeared on: News Americas Now
Virgin Galactic founder Sir Richard Branson surprised Keisha Schahaff, a health and energy coach, with the news at her home in Antigua in early November and Schahaff decided that she will share the once in a lifetime opportunity with her 17-year-old daughter, a science student living in Britain who dreams of one day working for NASA.

An Antiguan woman and her daughter will be flying into the Earth’s orbit having won two tickets worth $450,000 each from space tourism company Virgin Galactic.

Virgin Galactic founder Sir Richard Branson surprised Keisha Schahaff, a health and energy coach, with the news at her home in Antigua in early November and Schahaff decided that she will share the once in a lifetime opportunity with her 17-year-old daughter, a science student living in Britain who dreams of one day working for NASA.

In a social media post, an excited Schahaff wrote that she is “ready for the biggest adventure of [her] life.”

“The training will take some time I know but I’m super ready to embrace every experience onwards. It’s a pleasure to be an ambassador for our island and the Caribbean, the first of our kind to enter space and I’m ready to represent. My heart is open and ready to unite, to empower and to inspire,” she stated.

She also indicated that her intention is to “contribute positively to our society, bringing unity, protecting earth and growing as a human family”.

Schahaff went on to encourage persons to never give up hope saying “dreams do come true and this will empower us all to trust in the alignment of the universe and knowing that anything is possible”.

Schahaff won the prize after entering a fundraiser lottery organised by Virgin Galactic on the Omaze platform, which raised $1.7 million.

The money will be donated to the NGO Space for Humanity, which works for wider access to space.

The amount she donated was not made public, but entry started with a minium contribution of $10.

Schahaff will be among the first of Virgin Galactic’s space tourists, but her place in the line has yet to be determined, a company spokesperson said.

Their aim is to sell 1,000 in total before the launch of commercial flights, the first of which is to take place in late 2022.

The proposed trip offers only a few minutes in zero gravity. A giant carrier plane takes off from a traditional runway carrying the space vessel that looks like a large private jet and then releases it at altitude.

The space plane then ignites its own rocket engine until it exceeds 50 miles (80 kilometers) in altitude — the limit of space, according to the US military — before gliding back to the runway.

The Guyana government will soon lay in the National Assembly its Local Content Bill which could see the government setting strong targets for companies operating in the oil industry.

The Bill’s first schedule would mandate a near takeover of oil operations by local goods and services in 10 years.

Though local penetration of the industry at present is not significant, the schedule seeks to mandate a gradual increase in the use of local goods and services, based on the Government’s assessment of the ability of locals to provide.

President Dr. Mohamed Irfaan Ali has said the legislation will be introduced in Parliament before the end of year.

The schedule sets out local content levels to be met by licenced oil companies from the date of effectiveness of their petroleum agreements or licences. These would include companies like ExxonMobil and Tullow Oil, which have entered directly into agreements with governments to explore and develop oil blocks.

The Bank of Jamaica (BOJ) says it will commence the national rollout of its Central Bank Digital Currency (CBDC) platform during the first quarter of 2022.

Deputy Governor with responsibility for Banking, Currency Operations, and Financial Markets, Natalie Haynes, says it is anticipated that by then, additional deposit-taking institutions (DTIs) will be on board to enable the issuing of wallets to facilitate an expansion of the number of individuals and businesses utilising the currency.

The National Commercial Bank (NCB) is currently the sole DTI participating in the CBDC pilot, which commenced in June and is slated to conclude in December.

Haynes said NCB has developed its wallet and has begun testing the facility doing so with staff and their family members.

The news comes as Jamaica continues to show positive signs of recovering from the economic fallout caused by the COVID-19 pandemic, after recording an estimated 6.3 per cent growth for the July to September quarter, relative to the corresponding period last year, Director General of the Planning Institute of Jamaica (PIOJ) Dr. Wayne Henry has said.

The government of the Dominican Republic has announced plans to deepen its integration with countries in Central America.

The process is the result of two meetings of President Luis Abinader with his counterparts of the Central American region, specifically Costa Rica and Panama, to work together and take advantage of the post-Covid opportunities since investments of US$3 to US$4.5 trillion are expected to be changing the manufacturing base.

Currently, the Dominican Republic is the sixth-largest trading partner of the United States and, together with Panama and Costa Rica, will become the third, with 20 million inhabitants between the three and whose block will only be surpassed by Brazil and Mexico.

International rating’s agency, Moody’s has placed a negative outlook on Trinidad and Tobago’s credit rating – decreasing it by one notch, with a stable outlook.

This as the country’s Finance Minister Colm Imbert noted that this goes against advice give by the International Monetary Fund (IMF).

The International Monetary Fund (IMF) has predicted a “strong economic recovery” for Trinidad and Tobago, projecting that real gross domestic growth is expected at 5.7 per cent in 2022.

Three years after completing its debt restructuring programme, which resulted in millions of dollars in losses to bondholders, Government is issuing its first major bond offer.

The $125 million Treasury Notes opened on Monday, November 22, 2021, is aimed at raising funds to assist with the financing of the economic recovery from the COVID-19 pandemic.