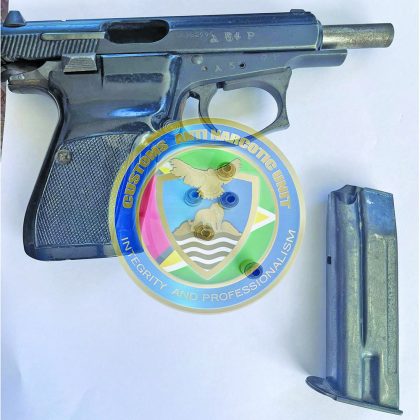 The Customs Anti-Narcotics Unit (CANU), during an operation on Friday in Region Four (Demerara-Mahaica), discovered one CZ .32 pistol along with a magazine containing five hollow-point bullets in the Sophia, Greater Georgetown area.

In addition, several packets of marijuana were also found.

As a result of the discovery, several individuals were arrested and taken to CANU Headquarters where they are being questioned.

These operations, which were conducted in Plaisance, Haslington, Sophia, and Lodge, are part of CANU’s ongoing efforts to keep narcotics out of communities as well as maintain safe areas.