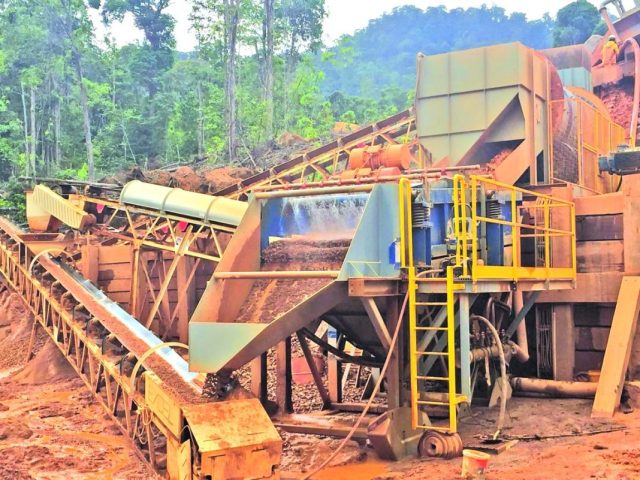 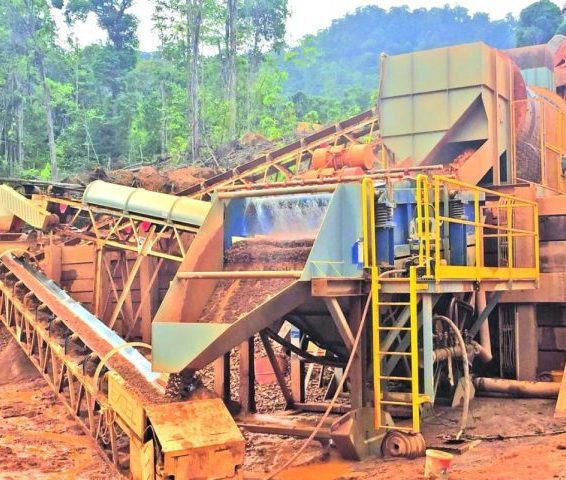 Goldsource Mines Incorporated, a Canadian company that has concessions in Region Eight (Potaro/Siparuni), has found gold in its Eagle Mountain gold project, opening the doorway for additional targets for drilling in the area.

In a statement, the company explained that the newly reported results are for 29 core holes that were drilled a total of 3,269 metres from the Bacchus, Bottle Bank, No. 1 Hill and Bucket Shaft areas of the Eagle Mountain deposit. Another seven core holes totalling 803 metres are for the Salbora deposit.

The statement quoted the Chief Executive Officer (CEO) of Goldsource, Steve Parsons, who explained that the company would continue to focus on priority areas of interest, while at the same time continue testing of known geophysical targets on its Salbora-Powis location.

“We are pleased to have completed this year’s infill and expansion drilling of the Eagle Mountain and Salbora deposits as we prepare for the updated MRE. The latest drilling has provided key insights with respect to the intersection of the sub-vertical breccia structures of the Salbora deposit with the newly interpreted sub-horizontal structures.”

He noted that this is similar to those of the Eagle Mountain deposit, and “can result in high gold grades in the immediate area of their intersection, as shown with the Salbora drilling. This may provide additional targets within the Salbora-Powis north-south structural trend, including the re-interpretation of the Toucan and Powis prospects.”

It was explained that these drill results represent the final set of infill and expansion drill results from the 2021 programme. They are also the final drill results to be included in the updated Mineral Resource Estimate (MRE) which the Company expects to complete by year-end.

“In total, the updated MRE will reflect an estimated 21,000 metres of additional core drilling completed from November 6, 2020, the cut-off date for the February 2021 MRE. The majority of the drilling was infill, testing the continuity of the shallow sub-horizontal zones of the Eagle Mountain deposit and the sub-vertical breccia zones of the Salbora deposit.

“The expansion drilling was designed to test for lateral extensions of the Eagle Mountain zones to the north and southwest, and for new sub-horizontal zones at depth. The February MRE is contained in a report titled “Eagle Mountain Gold Project, Potaro-Siparuni Region Guyana, NI 43-101 Technical Report”, dated April 7, 2021, with an Effective Date of February 17, 2021,” the company said.

Additionally, the Company is conducting a 5,000-metre Phase 2 exploration programme that is designed to test known geophysical targets and follow up on prospects along the Salbora-Powis location.

Drilling at the Toucan and Powis prospects is also progressing well, with results expected soon.

Omai Gold Mines, another Canadian company which returned to the Wenot and Fennell pits at the Region Seven (Cuyuni-Mazaruni) site in 2020, after leaving Guyana in 2015, found high- grade gold earlier in the year.