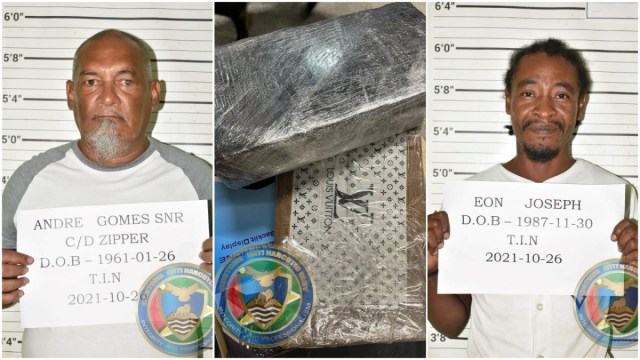 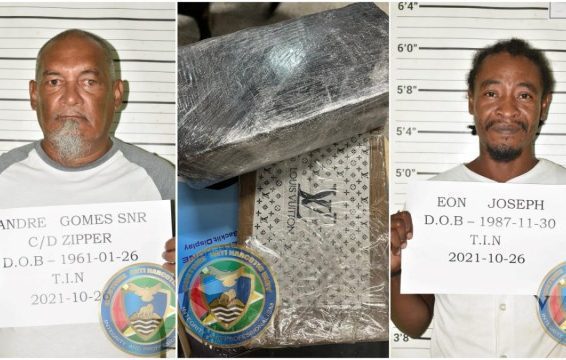 One man has been sentenced to three years imprisonment while the second accused, who was previously linked to drug trafficking, was remanded to prison over Tuesday’s discovery of two kilograms of cocaine at Campbellvile, Georgetown.

During an operation at Craig Street Campbellville, ranks of the Customs Anti-Narcotics Unit (CANU) arrest 60-year-old Andre Gomes called “Zipper”, who has been linked to Drug Trafficking in the past and is no stranger to Law Enforcement agencies, along with 33-year-old Eon Joseph.

This operation resulted in the seizure of 2 kilos of cocaine with a street value of some $2 million GYD.

The two men were arraigned on Friday at the Georgetown Magistrates Court during which Joseph pleaded guilty and was sentenced to three years jail along with a fine of $3,105,000.

Meanwhile, Gomes pleaded not guilty to the drug trafficking charge and was remanded to prison.