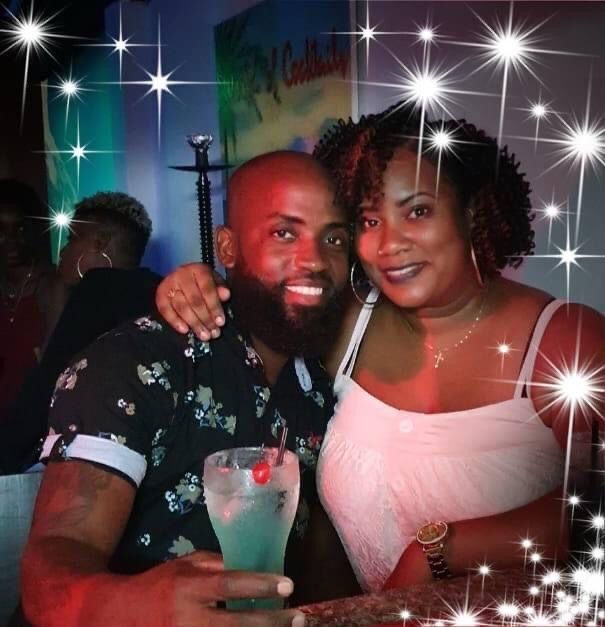 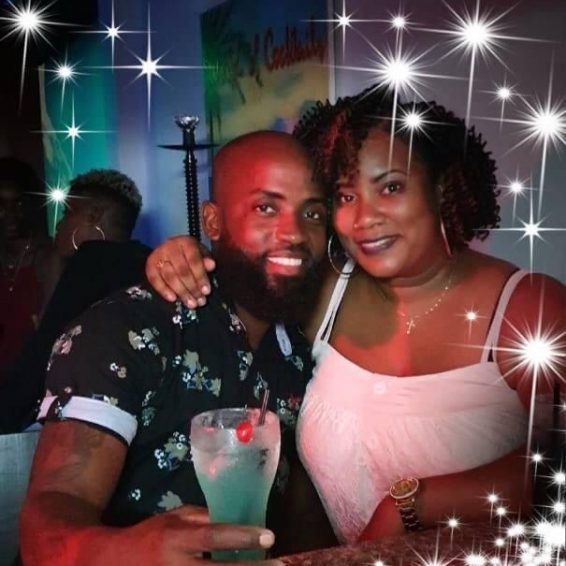 Businessman Quincy Roache was this morning remanded to prison after he was charged with the brutal murder of his reputed wife, 28-year-old Tacina Dazzel, who was the mother of a six-year-old boy.

Roache appeared before Magistrate Rushelle Liverpool at the Sparendaam Magistrate’s Court where he was not required to plead to the charge. He was remanded until October 14, 2022.

Dazzel, of La Bonne Intention (LBI), East Coast Demerara (ECD), lost her life was at around 23:35h on August 26 reputed husband bludgeoned and stabbed her almost 13 times about her body.

Dazzel, a former clerk of the Georgetown Public Hospital (GPHC), had shared a two-year relationship with the man and had confided in family members about the constant abuse.

The police reported that Dazzel and the suspect had shared a common-law relationship, but would often have domestic issues, which she had never reported to the Police.

on the day in question, Dazzel’s cousin, who was also her neighbour, was awakened by loud screams coming from her home. As such, this cousin immediately opened her door, and saw Dazzel running out of her yard and onto a bridge, where she collapsed and remained motionless.

Soon after, she saw the accused exit the house and go to his minibus, and she heard him shout: “Now y’all can call the Police! I done do what I had to do!”

The injured mother of one was picked up and taken to the Georgetown Public Hospital, where she was pronounced dead.

According to him, this had led to an argument, during which the deceased had picked up a knife and cut him on his left middle finger, and he, in retaliation, had taken the knife away from her and had used it to stab her several times about her body.

When INews visited the scene on Saturday, the mother of the deceased, Allision Dazzel, said she does not know what had led to her daughter’s demise, and that she was unaware that her daughter had ever been physically abused by the suspect.

However, on Sunday, a close family member contacted this publication and related that the late Tacina Dazzel had been constantly physically abused by the suspect, and that the entire family had been aware of the situation.

The relative related that the late Tacina Dazzle usually confided in them, and had told them on many occasions that she had been severely beaten by the suspect. They said the abuse had been so bad that, only two months ago, the suspect had battered the woman brutally to the point where he had broken both her nose and jaw.

The relative added that even though Tacina had been beaten, she had never made a report to the Police, because she was terrified of the suspect, and was covering the shame her family would have to endure because they are respected Christians in the community.

“He was very controlling. She couldn’t do anything or go anywhere, he has to be there; if not, when she goes home (it would result in) a problem. Or, he would just show up where she was. He used to take all of her money, make her take loans for him, made her leave her job…it is only like two months ago she left her job,” the relative said.

“It is not like she didn’t try to come out…he manipulated her, he made her move out from her mother’s house, and she was paying the rent for the house in which they lived. When he moved, all he had was his clothes… it is not two cents she was going through. When she left one time, he went and bram down her mother’s door, it was only for him to kick it down.

“It came to a point that he was jealous of her son. He told her why she has to love her son more than him. Why must she love him more than her son?” the relative asked.

The close family member explained that the suspect had become so obsessive that, unknowingly to Tacina, he had linked her phone to his, and he was able to monitor all her conversations with her friends and family members. When she found out, she was unable to cry for help.

It is also alleged that this is not the first woman the man had been abusing. In fact, this publication was told that he was married before meeting the late Tacina, and he had been in the habit of constantly controlling and abusing his previous wife, which had caused her to leave him.

Earlier this month, Dazzel, in voice messages heard by this publication, referred to the suspect as a ‘narcissist’, while crying that she could not continue to live with him because of his abnormal behaviours.

“…a veil just come off my eyes in the past couple of days, and I need the first door out of this relationship. The manipulation is too much… a word came to me while I was sleeping: ‘narcissist!’ and two or three times this word keep waking me out of my sleep. When I researched the word, my jaw could have dropped. That is everything that he is right now…I can’t live with a mad man,” she was heard explaining.

“Everybody is telling me I should be wise enough to leave, that they expect better from me; but, trust me, when you are in it, it is different from when you from the outside looking in”, the late Tacina stated in her messages to relatives.

They also debunked the claims made by the suspect that the woman was messaging another man; because, according to them, she was aware that he could have seen her messages.

What led to the murder, they contend, is that two weeks before the fateful night, she had built up the courage to tell her abuser that he had to leave her home, because she could not deal with his behaviour any longer. This, according to the relative, had caused a rift between the couple, and they had not been speaking to each other for days.

After realising that the woman was serious about her decision, the man had allegedly proposed marriage, but she had turned him down.

However, hours before committing the act, another relative had gone to Tacina’s home and had found it ransacked, with everything broken.

When asked, Tacina’s six-year-old son had related that it was his stepfather (the suspect) who had ransacked the home. The man was not at home at the time.

The relative said that at around 17:00h on that same day, Tacina and her son had gotten dressed and had gone to an ice cream banquet at their church — an annual event organised by Tacina’s father.

“Tacina goes every year because her father is one of the organizers, and they usually stay there sometimes until 2 in the morning, because when everything is finished, the merry-go-round and so on would be there and it has to be cleared up…,” this relative explained.

“She went home late and changed into her pajamas; her son didn’t even fully change at the time. Shortly after, we get a call that she got stabbed up. It was not because of no man; it was because she went to church and went back home late. Based on what we heard, he was hiding in the house, and was waiting on her; and as soon as she changed, he started beating and stabbing her,” the relative detailed.

Child begging for his life

After being stabbed, the relative stated, Tacina, draped in blood, began screaming and running for her life; and, in the process, she toppled and fell at the gate.

“She held on to the gate, and he come behind her and he took the padlock and started lashing her in her head, and stabbed her.” She became motionless as her son stood at the scene looking at his mother’s lifeless body.

This publication was told that the child turned to his mother’s killer and asked, “Uncle, uncle, you gon kill me too?”

“He (the suspect) look at him and said, ‘No, I wouldn’t kill you’. When he finished, he said he done do what he had to do”, the relative recalled. The child remains traumatised and is screaming in his sleep, “Uncle! Uncle! leave mommy alone!”

The family member said that after committing the act, the man went to a friend, who turned him over to the Police.

“That is not true what the Police said that he turned himself in. He did not turn himself in, he went to his mother, and she send him away. He went to a friend, and the friend told him that he can’t stay there. And when he went to the second friend, the friend called the Police and told them that he was there in Sophia, and the Police were able to apprehend him right away,” the relative explained.

“I want the right information to be out there, because what the Police send out is what he told them to cover himself, but I have the proof. I am also pleading with the media not to discredit Tacina in her death, because some of the information is not true. He (the suspect) premeditated to kill her,” the family member is contending.

The late Tacina Dazzel leaves to mourn her son, parents and siblings.