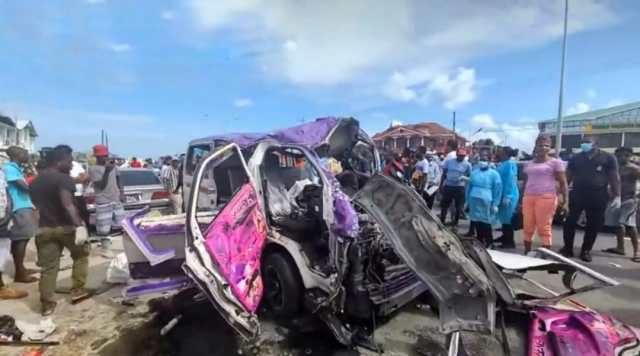 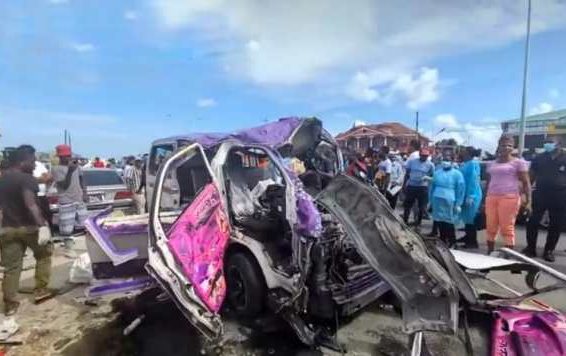 A 38-year-old male minibus driver along with a female passenger who was in the vehicle are now dead following an accident which occurred this afternoon at Good Hope, East Coast Demerara (ECD).

Dead is Andrew Albert of Lamaha Park, Georgetown. Albert is a former police officer. The man’s father told INews that his son was an employee of ExxonMobil Guyana and would operate the minibus in his spare time.

Reports are that the Route 44 minibus was travelling up the ECD and in the process, overtook a motor pickup.

That same motor pickup, according to eyewitnesses, subsequently sped up behind the minibus and crashed into the vehicle from behind.

This reportedly caused the minibus to crash into a truck and then into a horse-cart. The minibus driver then began to lose control of the vehicle, causing it to topple several times before coming to a stop. 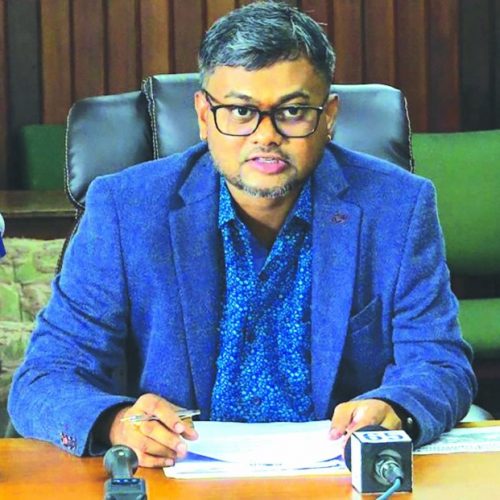 First responders reportedly had to use a saw to get the victims out of the minibus.

In addition to the fatalities, at least three persons are said to be seriously injured.