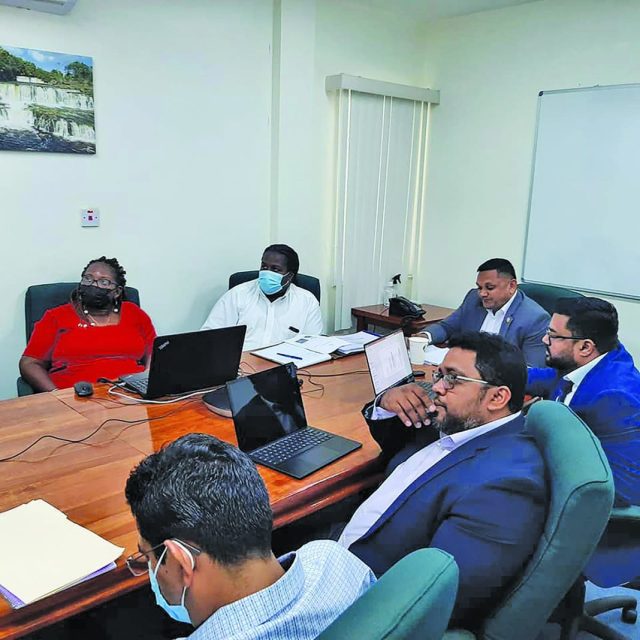 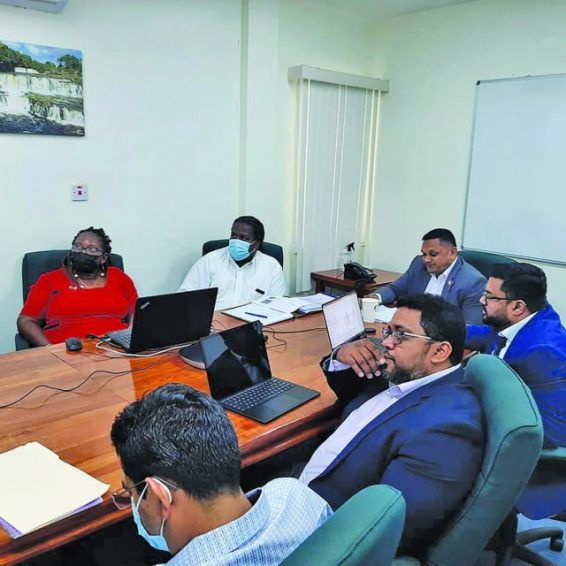 With the end of the year steadily approaching, preparations for Budget 2022 are moving full steam ahead. The Finance Ministry on Tuesday engaged with officials from the Natural Resources Ministry on plans for the 2022 Budget.

Natural Resources Minister Vickram Bharrat engaged in a virtual budget planning meeting with the Finance Minister, Dr Ashni Singh and senior technical officers of the Finance Ministry, for the financial year 2022 for the natural resources sector.

During the meeting, Minister Bharrat was accompanied by the management team from the Natural Resources Ministry, including heads of agencies like the Guyana Geology and Mines Commission (GGMC), Guyana Gold Board, Guyana Forestry Commission and the Petroleum Management Unit.

With Guyana’s oil production expected to increase with the addition of the Liza Phase 2 development to complement production in Phase One, it is expected that the Ministry will have its hands full with overseeing the sector next year.

ExxonMobil, who has said it anticipated at least six projects offshore Guyana would be online by 2027, has already started developmental drilling on the Liza Phase 2 project. Back in May 2019, the company was granted approval by the Environmental Protection Agency (EPA) to go ahead with its Liza Phase 2 development offshore Guyana.

The oil company had said that the project would have the capacity to produce 220,000 barrels of oil per day. Exxon had also revealed that the Liza Phase 2 development was funded at the cost of some US$6 billion, including a lease capitalisation cost of approximately $1.6 billion, for the Liza Unity Floating Production Storage and Offloading (FPSO) vessel. For the Phase 2 Development, six drill centres were planned, along with approximately 30 wells – 15 production, nine water injection and six gas injection wells.

As part of preparations for the 2022 Budget, proposals have been coming in from various Regional Administrations. Back in September, Region Five (Mahaica-Berbice) had proposed to spend $6 billion in 2022 to improve the lives of citizens in the region.

Last year, the Region had made a similar proposal for projects to be executed this year, and was granted just under $4 billion from the National Budget for its capital works programme.

Region Five Regional Executive Officer (REO) Genevieve Blackman has said she was hoping the entire sum would be approved and given to the region come 2022.

“We want development, but there are nine other regions also competing for projects,” the REO had explained as she detailed the proposed work programme during a press conference at the time.

According to her, the regional administration also believes the extra two billion would be wisely spent, as some 75 per cent of the work programme for this year has already been completed.

Things were not, however, so smooth in Region Four (Demerara-Mahaica), where the Regional Democratic Council (RDC) has claimed it was not given enough time by the REO to prepare submissions for their proposed 2022 budget.

However, REO Donald Gajraj has claimed in sections of the media that the Regional Chairman, A Partnership for National Unity’s Daniel Seeram was given a heads-up on the need to submit proposals since July.