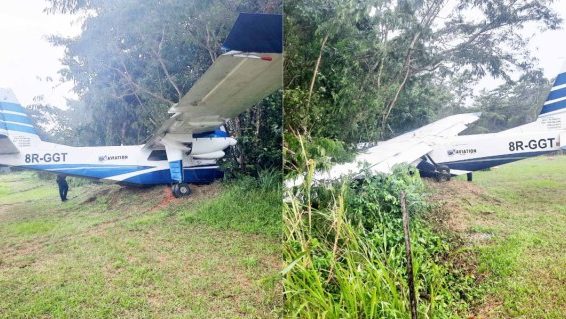 A plane has crashed at Eteringbang in Region Seven this afternoon. An investigation has been launched.

See below full statement issued by the Guyana Police Force:

At about 16:18 hrs today at Eteringbang Airstrip, one twin engine Aircraft #8R-GGT owned by Jags Aviation Limited and piloted by 46-year-old Captain Errol Pearson, was damaged after it reportedly ‘ran off’ the runway and into some nearby bushes.

According to Captain Pearson, on 2022-08-21 at about 14:32 hrs, he departed the Ogle International Airport en route to Eteringbang Airstrip with ten passangers — seven adults and three children.

On landing at Eteringbang Airstrip, the plane was unable to ‘nudge’ because of heavy tailwind which caused the plane to ran off the runway into some nearby bushes. 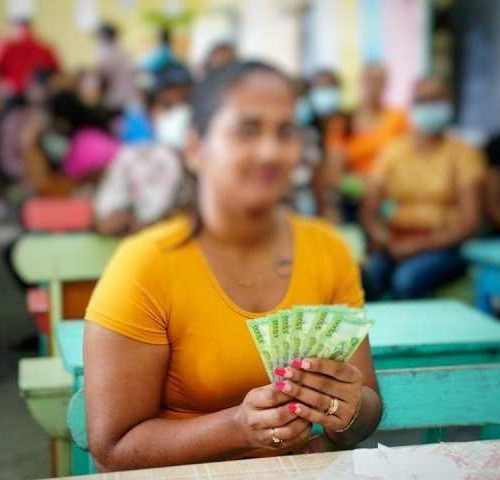 Some 9,000 parents did not uplift “Because We Care” cash grant

This resulted in the left wing, nose and left landing gear being damaged. No one was injured.

The plane is being guarded at the airstrip.