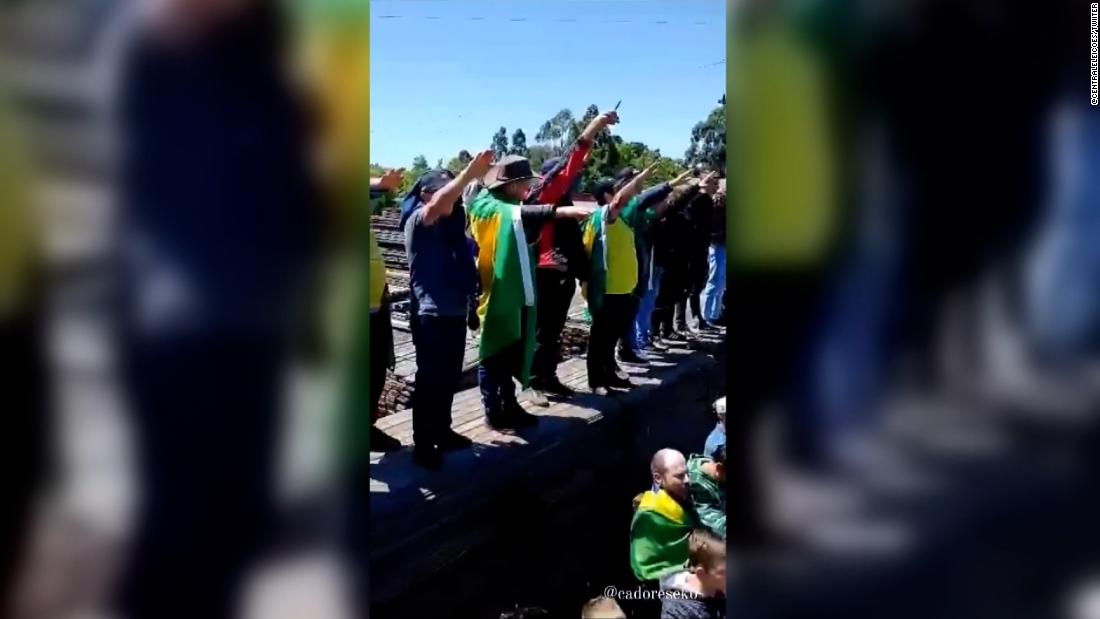 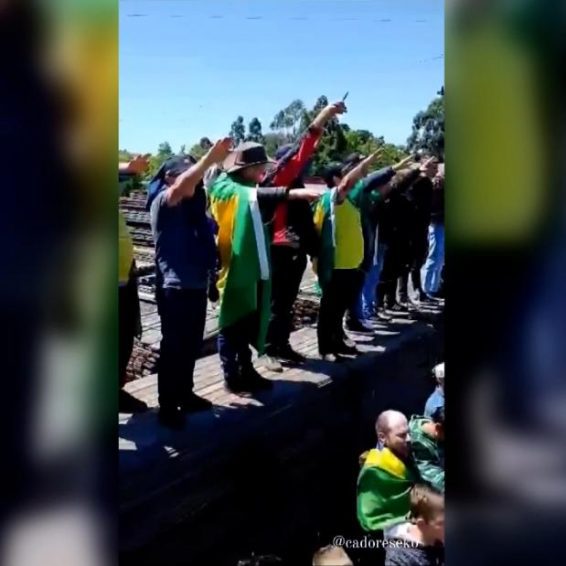 Brazilian authorities say they are investigating video of a rally in the Brazilian city of Sao Miguel do Oeste, in which people are seen performing a “Nazi salute.”

The rally, which took place in front of a military office in the city, appeared to be one of several rallies organized outside military bases on Wednesday as supporters of Brazilian President Jair Bolsonaro protested the results of Sunday’s presidential run-off vote, which saw Bolsonaro’s bid for reelection defeated by leftist former leader Luiz Inacio Lula da Silva.

Brazil’s Bolsonaro signals cooperation with transfer of power, but does not concede election defeat

The video, which was posted to Twitter, shows a crowd of people, some carrying and others draped in the Brazilian flag, with many apparently performing a Nazi salute as the Brazilian national anthem plays.

It’s unclear who posted the video and CNN has not been able to verify its authenticity.

Nazi incitement is a crime in Brazil. The Federal Prosecutor’s office of Santa Catarina State said in its statement that is already working “to identify people who gave the Nazi salute during rallies that were supposed to be democratic and peaceful.”

“Once identified, a report will be produced and the information will be forwarded to the Public Prosecutor for accountability of those involved,” prosecutor Marcela de Jesus Fernandes said.

CNN has reached out to Bolsonaro’s office for comment.

A Brazilian Jewish organization, the Brazilian Israeli Confederation, released a statement condemning the image as “disgusting.”

“Brazilian society cannot tolerate gestures like this. Making this gesture while wearing the Brazilian national team shirt is also an offense to our Armed Forces, which fought bravely against Nazi forces in Europe during World War II,” the group tweeted, In addition to the Bolsonaro supporters calling for “federal intervention” in front of Brazilian military headquarters, protestors across the country have also blocked roads and highways since the election results were announced.

By Wednesday morning – a day after Bolsonaro spoke publicly for the first time since the results were announced, saying he would abide by the constitution – Brazil’s national highway police reported that 149 partial or total roadblocks remained.

Santa Catarina – a largely pro-Bolsonaro state – and Mato Grosso are among the states most affected by demonstrators’ roadblocks.