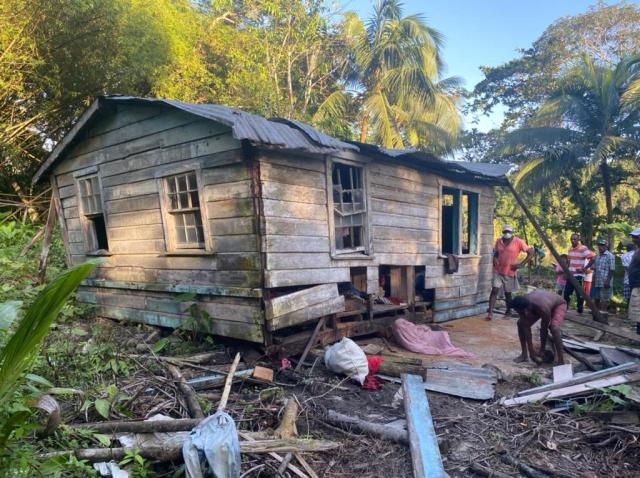 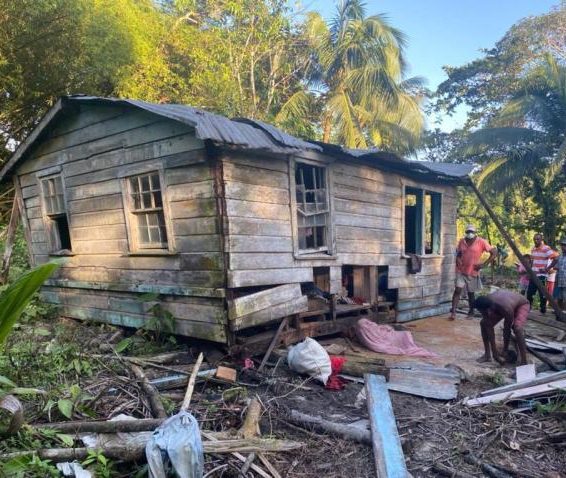 Less than a week after 35-year-old Seematie Chandra called “Nanda”, a farmer, and her six-year-old daughter Christine Sookdeo called “Pretty” were killed after their house collapsed, the woman’s mother is yet to come to grips with reality.

Shardass Chandra, who hails from Philadelphia, East Bank Essequibo (EBE), told this publication that every time she thinks of her grandchildren’s future without their mother, she shivers in fear. According to the pensioner, her daughter’s death saddens her heart because she had not seen her in more than two years.

The woman said Seematie is a mother of six who endured years of abuse with her current and previous husbands. She said her daughter suffered severely throughout her life, specifically in her marriages, and it is hard to see that she was dealt such a cruel death.

In Seematie’s first marriage, she gave birth to three sons who are now 18, 17, and 15 years old. In that relationship, she was reportedly physically abused by her partner. She was even deprived of food and money to the point that she had to run.

“He used to beat her bad, bad, bad, bad. She told me she gonna leave him and I tell she to leave him and come back by me. She and him were together for like six years. She left he and she went by she grandmother,” the woman cried.

Sometime later, Seematie’s mother said she moved to Bonasika, Essequibo River, where she met her second husband. That union brought forth three children, the 6-year-old girl who died with her daughter, an eight-year-old girl, and a 10-year-old boy.

Shardass said what troubled her heart every day was that her grandchildren were not going to school. She said she begged her daughter to move out of that living condition and come closer to her so that the children can have an education, but she paid no heed.

“She nah want come out. Since then, two year and a half me nah see she for. When she dead Wednesday, that is when me see she. She stop coming by me because I always row on she about where she living. I tell her leave the man and bring the children out.”

The tearful mother said that the situation got to the point where her daughter’s husband puts his 10-year-old son to smoke and drink alcohol.

“He does smoke and drink with the father so I beg she to bring him out so he can get straight out here and she still didn’t hear. He does even beat she [the dead woman]. Eighteen years her father dead and if she come home and work it would be okay,” the woman explained.

After her daughter’s death, Shardass said the Welfare Department was involved and she offered to take the children. She said though she sees challenges ahead in maintaining them, she is sure that whatever little she has, they will all eat.

“Me say once me get lil food all a we have to eat. Me don’t get pension but my son working and my daughter work and when I get the little food they will eat,” she said.

“The Welfare come here with them but the father don’t want the boy to stay and the child don’t want stay either. The girl is with me and will go to school.”

The woman further posited that the double loss is a terrifying experience, but she has to move on for the sake of her grandchildren.

“Wah meh ah go do? If me holler down and kick up and all that me can’t get them back. So far, the girl alright. Me have to try… just the boy with his father”.

On Wednesday last, Seematie and her six-year-old daughter were under their house attending to their puppies when their home collapsed and the beams of the dilapidated pinned them to the ground.

With assistance from villagers, the injured duo was removed and transported via boat to Parika Hubu Stelling, thence to the Leonora Cottage Hospital, where doctors confirmed them dead. They were laid to rest on Saturday.