4 weeks ago·1 min read
ShareTweetPinShare
The content originally appeared on: INews Guyana
Aerial view of the structures on the reserve

Sixteen informal settlers residing along the reserve at Blairmont, Region Five (Mahaica-Berbice) have been granted a six-month extension to complete their relocation process.

Susan Rodrigues, Minister within the Ministry of Housing & Water, met with the families at the community centre on Wednesday, as she wrapped up a series of public engagements in the region.

The families were allocated lands by the Central Housing and Planning Authority (CHPA) at the nearby Balthyock Housing Scheme in October, 2021 and agreed to relocate by January 2022.

After they failed to vacate the area, a second notice was served, giving them up to July 2022. So far, only three persons have relocated.

During the meeting, the residents stated that while they are eager to move, financial constraints are the root of the delays.

After listening to the plight of residents, the Minister granted the extension. She stated that the President Ali-led Administration is a caring government and that a humanitarian approach is being used to ensure both residents and the government are satisfied. 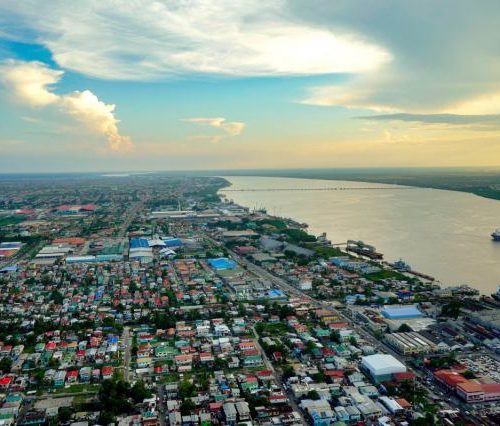 However, the Minister reminded the residents that squatting is illegal, as she urged them to cooperate with the Ministry. She also stated that there is no need for squatting in the region, as the government’s robust housing drive will satisfy the region’s housing demand.

As part of interventions to facilitate the smooth movement of residents, the Ministry will be partnering with the Mahaicony Abary Agriculture Development Authority (MMA-ADA) to assist elderly residents during the relocation.