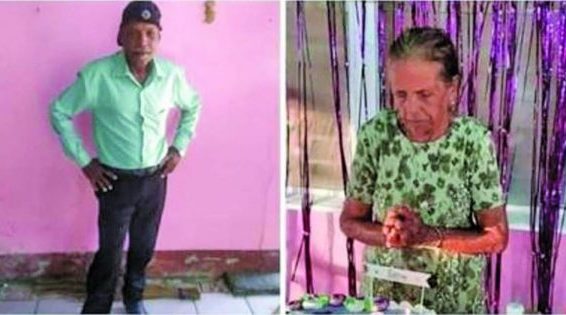 A 62-year-old man has been arrested and charged for verbally abusing his 90-year-old mother at their home at No 67 Village, Corentyne, Berbice.

Police have said that Dindial Balram, a labourer, was arrested on September 12 for using abusive language towards Homranie Balram, a pensioner.

He appeared before Springlands Magistrate Alex Moore via Skype on September 13, and pleaded guilty to the charge, which was laid under Section 141(b) of the Summary Jurisdiction (Offences) Act, Chapter 8:02.

Dindial Balram has been placed on a bond to keep the peace for 18 months, and to refrain from any form of abuse towards his mother. If he fails to adhere to the terms of the bond, he would be sentenced to eight weeks in prison.

Meanwhile, in a social media post made by a resident of the said community, it was revealed that the pensioner is the labourer’s mother.

GWI to boost service levels in Timehri with resuscitation of well

In the post, the resident said that on the day of the incident, at about 18:30h, Balram, who is known as “Sparky”, “beat up his mother very bad”.

The post claimed that two calls were made by a resident to the Springlands Police Station at Corriverton, Corentyne, Berbice with the aim of reporting the incident, and the phone was answered by a female Police officer, who hung up the phone after claiming that there were no Police officers available to go to the pensioner’s home.

The caller told the rank that he would call the Commissioner of Police, and the female Police officer reportedly told him, “Call who you want to call”, before hanging up the phone.