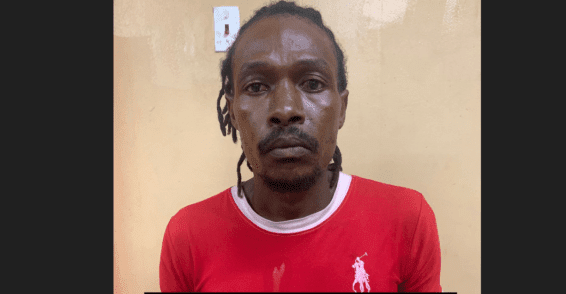 A man, who was initially arrested and charged with possession of narcotics was also arraigned for murder on Tuesday before Magistrate Rentia Singh at the New Amsterdam Magistrate’s Court.

Orin Esmond Bristol, 33, was arrested on Sunday with a quantity of ganja but it was during police investigations, detectives realised that he was wanted for questioning in relation to the unlawful killing of Cleveland Hetemeyer also called ‘Waterdog’ which occurred on April 4, 2010, at Sliver Bally, Gutter Creek, Canje River Berbice.

However, at court on Tuesday, he was not required to plea to the indictable charge and as such was remanded to prison until October 10.

In April 2011, police arrested his cousin Rickford La Fleur with two kilograms of cocaine but he was also questioned for the murder of Hetemeyer. It was reported that La Fleur and Bristol shot the victim in his abdomen, chest, and right arm before fleeing the scene.