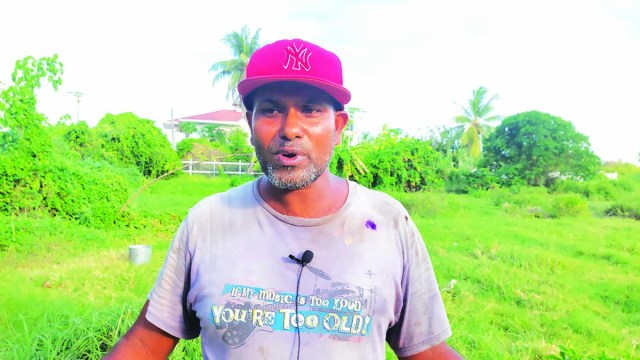 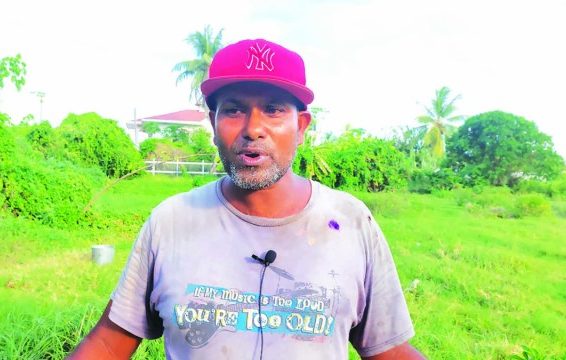 A Corentyne farmer is calling on Police to be more responsive as two head of his cattle were stolen and slaughtered sometime between Wednesday evening and Thursday morning.

Mukish Balkrishna, 41, of Salton Farm, Corentyne, Region Six (East Berbice-Corentyne) suffered the loss of the two animals, including a cow that produced one and a half gallons of milk daily.

He noted he had been rearing animals since he was a small boy, but had previously stopped because of losses suffered as a result of theft.

“When my children grow up, I bought a cow with a calf and I have the cow just to get milk for my children. This morning when I came I saw the rope cut from the calf and from the mother. Whilst looking I notice that the mesh fence was cut and then I notice a blood trace and when I checked it is all two of the cows killed right there,” Balkrishna said as he pointed to the spot where the animals had been tied.

The farmer had been keeping his cows in the neighbouring village of Hogstye on an empty plot of land.

He showed this publication evidence indicating that the carcasses were dragged to the road and removed by a vehicle.

“Daily, I have to get milk. I have three children going to school and they have to get milk every single day: I don’t want them to grow with malnutrition. I have to feed them. If I don’t feed them from young, how would they be somebody good?” he questioned.

Balkrishna said the excess milk he got from the cow on a daily basis would be shared with persons in the village.

“Right in the same yard I would give some to my friend and while I am going home I would give to other people. I can’t use a gallon and a half of milk every day. So I give it away.”The father of three said just before the discovery was made that the animals had been slaughtered, he had enquired from a neighbour whether he wanted milk on Thursday.

According to Balkrishna, he bought the animals for $280,000 two years ago, but he considered them priceless now. 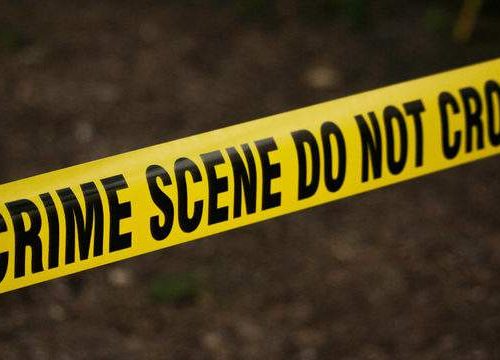 The farmer said he had also been losing produce from his farm. According to him, on more than one occasion, he caught the thieves red-handed and called the Police, but was told to go to the station and make a report. Balkrishna says he has even taken away bananas from thieves and taken them to the Police station and made a report, but the Police never acted on the information.

“When you go in the garden, you catch a man with you coconut and you take the coconut to the station the Police ask if they can have some of them and they are not interested in the person who steal the coconut,” he lamented.

Following the discovery on Thursday morning, Balkrishna said he reported the matter to the Number 51 Police Station, but up to Thursday evening, the Police had not fulfilled a promise to visit the scene.

He noted that for years there have been promises to construct an abattoir along the central Corentyne which will ensure farmers have one central place for their animals to be slaughtered. This, in turn, would pressure butchers to purchase only meat coming out of the abattoir.

“A little house building they cannot make so that farmers can take their animals to one place spot. Every meeting you go to, you raise the same topic and all they do is promise. They giving out $600 million contracts and they can’t do a $3 million abattoir. Every week, animals are being lost in this area and nothing has been done; it has been years this has been going on,” he said.