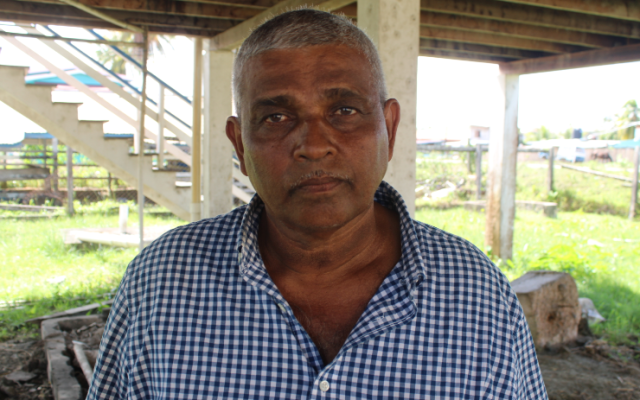 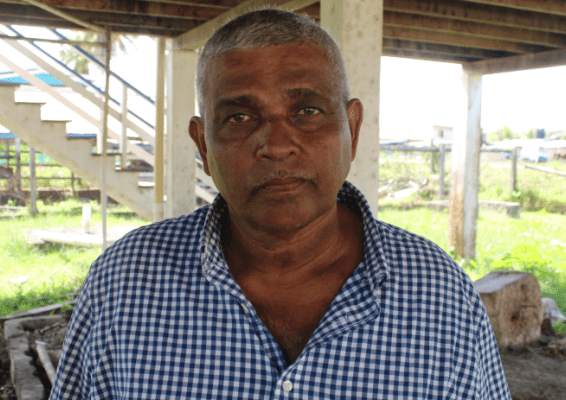 One person has been arrested after three armed bandits on Monday evening attacked a security guard in a bid to thief a cow.

Police in Region Six (East Berbice-Corentyne) have been able to track down the cattle rustlers and recovered arms and ammunition and, in the process, also stumbled on some illegal drugs.

Cattle rustling in the Black Bush Polder has been a major concern for cattle farmers, more so those who operate in Cookrite Savannah.

Cattle rancher Seenarine Deonarine, 63, said every week he is being attacked by the thieves. For the year, he has lost about fifty heads of cattle, with about $1.5 million in animals being stolen just last week. He said rustlers even went to his ranch and killed three of his largest bulls, which were imported for the purpose of breeding.

The rustlers are now demanding that workers on his ranch catch animals and hand them over. He said that was what happened on Monday night in the latest attack when three armed men went to his ranch in Cookrite Savannah.

“Tuesday morning, me workman called me from Black Bush and he told me that three men went in on him, one was Mark, one was “Bow Foot” and another man. He told me that the men cuff him and put a gun to his belly and tell him that he have to give them a cow and he give them cow and they go away with the cow,” Deonarine said.

Meanwhile, some sections of the media had reported that the suspect who goes by the alias “Bow Foot” was shot.

However, Deonarine said he was not aware of that. In fact, he told this publication that he was with the Police during the operation in the Canje River.

“They went and searched several houses in the Black Bush Pumping Station area and they picked up two weapons, also some cartridges and they arrest one man called Mark,” he related.

He said the man arrested was one of the men he was told went to his cattle ranch on Monday evening.

700 to benefit as Kamarang gets water access for first time

Deonarine said they did not see “Bow Foot”.

Meanwhile, on Thursday, Police said based on information received, ranks went to a house at Canje Creek, East Canje, Berbice where they saw a 51-year-old male cash crop farmer.
The ranks conducted a search in his presence and found a Stevens US-made 16-gauge shotgun without a number about four feet away from his bed. A further search was conducted which unearthed one Russia-made 16-gauge shotgun, along with 26 12-gauge cartridges on his mattress.

The man was arrested and is assisting with the investigation. Police are on the hunt for two more suspects.

Meanwhile, as the officers were on that operation, in the vicinity of Calabash Creek, they observed a purple, white and orange wooden boat with two males acting in a suspicious manner.

The ranks stopped the boat, and a search was carried out whereby a white salt bag containing three bulky plastic bags wrapped with transparent plastic tape was found. They were opened in the men’s presence and they were found to contain a quantity of leaves, seeds, and stems suspected to be cannabis. The men, aged 39 and 44, were arrested.