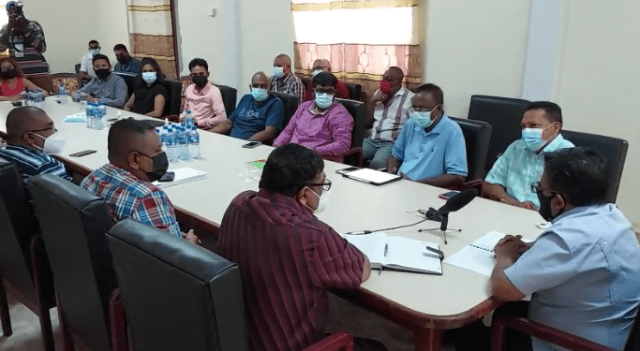 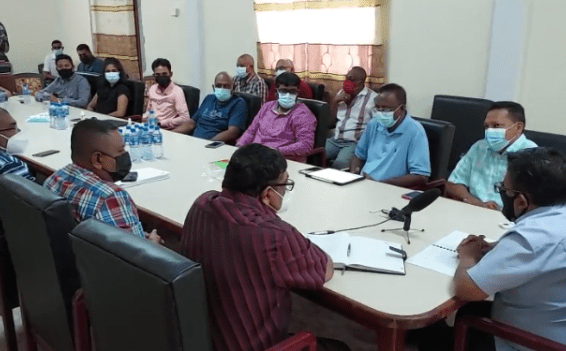 Businessmen in Region Six (East Berbice-Corentyne) are growing frustrated with not finding locals who are willing to work, noting that many companies often resort to hiring foreigners who are more interested in doing the jobs.

This issue was discussed when Finance Minister Dr Ashni Singh met with the Central Corentyne Chamber of Commerce (CCCC) on Sunday.

Despite the wide range, Chamber members are complaining of a lack of both skilled and unskilled labour.

During the meeting, President of the Guyana Rice Producers Association, Leaka Rambrich, who is also a rice farmer, noted that the labour shortage or reluctance of persons to work could have a significant impact on the coming rice crop.

That crop, he said, should see 60,000 acres under rice cultivation which will be significantly more than the past two crops.

In giving an example of the significant impact the lack of available labour is having on his operations, Rambrich told the Finance Minister that he had to operate a tractor in the rice field as he has started preparing land for the next crop while still harvesting other fields.

“I need 20 persons to work now, if I get them. Find 20 or 30 persons in Region Six, you can’t. It took me two months looking for two tractor operators and it is not that we are paying cheap. We are paying $6000 a day [to] operate tractors now. Combine operators getting $10,000 a day and you can’t find them to work,” Rambrich disclosed.

Meanwhile, Rose Hall Town businessman Imran Hamid explained that he is facing a similar problem. He said there are many persons who just do not want to work.

“When you call them to work, the first thing they ask you is ‘how much you paying’? I am wondering what the Government or the people can come up with to get these people to work. Handouts is one of the things they look forward to and support from foreign. You give them US$50 for one month and they would value that more than $40,000,” Hamid revealed.

Another member, Bhigroog Poonai, who operates a pharmacy among other businesses and is also a past President of the Chamber and employs fifteen persons, disclosed that within a three-month period he lost three of his core staff – one of whom had been with his organisation for fifteen years and the other two for seven years each; they all migrated.

“While there are so many plans for Berbice that we want to open call centres and other businesses it comes back to the same thing; where are we going to get the labour. As entrepreneurs in Berbice we would want to invest. Not that we need Government to invest, we can invest but who are we going to get to do the job. So, we have to think out of the box and see what incentives we can have to keep our own here,” Poonai suggested.

Another contractor explained that Venezuelans have been more punctual at his work sites and attend work daily unlike locals.

Past CCCC President Muhammed Rafeek called for a database on available labour.

Meanwhile, the Finance Minister said he initially thought the issue was one only affecting the agriculture sector but noted that it is a very important issue.

“I say important because while on one hand I hear from the Private Sector I am hearing on the other hand that there are people out there that are looking for work and I have some difficulty reconciling these two. The views that you have expressed are not new to me. How do we reconcile these two? I do not dispute your experience because you are on the ground.”

Singh said he is trying to understand the issue but suggested that there needs to be serious dialog with the Private Sector nationally in addressing the issue.

The Minister added that there could also be a skills mismatch.